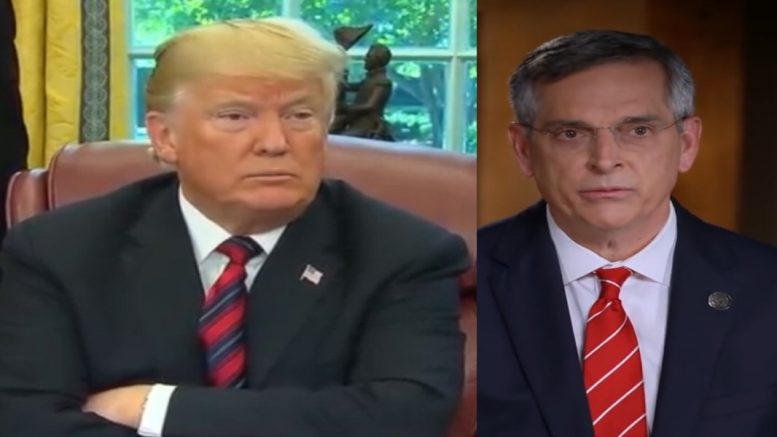 45th President Donald J. Trump issued a pair of statements on his social media platform Truth Social on Thursday, insisting that his phone calls to Georgia were “PERFECT” and that he did “NOTHING wrong” following the 2020 election after a special grand jury subpoenaed members of Trump’s legal team, including his personal lawyer Rudy Giuliani.

“BOTH of my phone calls to Georgia were PERFECT. I had an absolute right to make them &, in fact, the story on the one call was given a retraction, or apology, by the Washington Post because they were given terribly false information about it, & when they heard the actual call, they realized that their story was wrong,” Donald Trump wrote on Truth Social.

“Thank you to the W.P. I, as does anyone else (just look at the Democrats!), have the absolute right to challenge the results of an Election,” he said.

“This one, CORRUPT, RIGGED, & STOLEN!” the 45th President insisted.

“I did NOTHING wrong in Georgia, but others did. They CHEATED in the 2020 Presidential Election, and those are the ones that should be investigated (and prosecuted)! Letter to follow”, Trump also said.

The Washington Post in March 2021 amended a correction to a story it published on Jan. 9, 2021, about a call Trump made to Frances Watson, Georgia’s top elections investigator.

“Instead, Trump urged the investigator to scrutinize ballots in Fulton County, Ga., asserting she would find “dishonesty” there,” reads the retraction from Washington Post, with the former president adding that she had “the most important job in the country right now.” 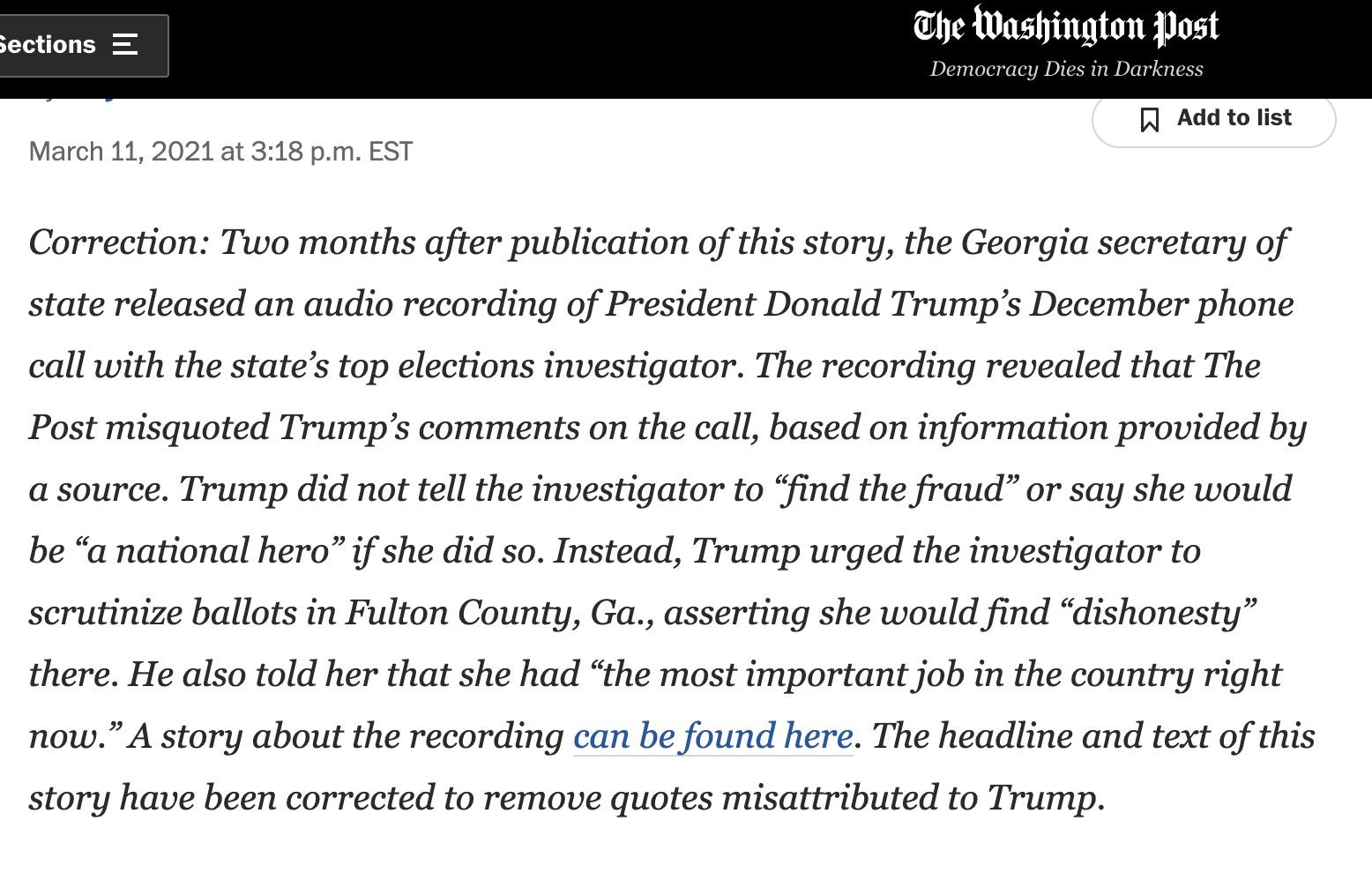 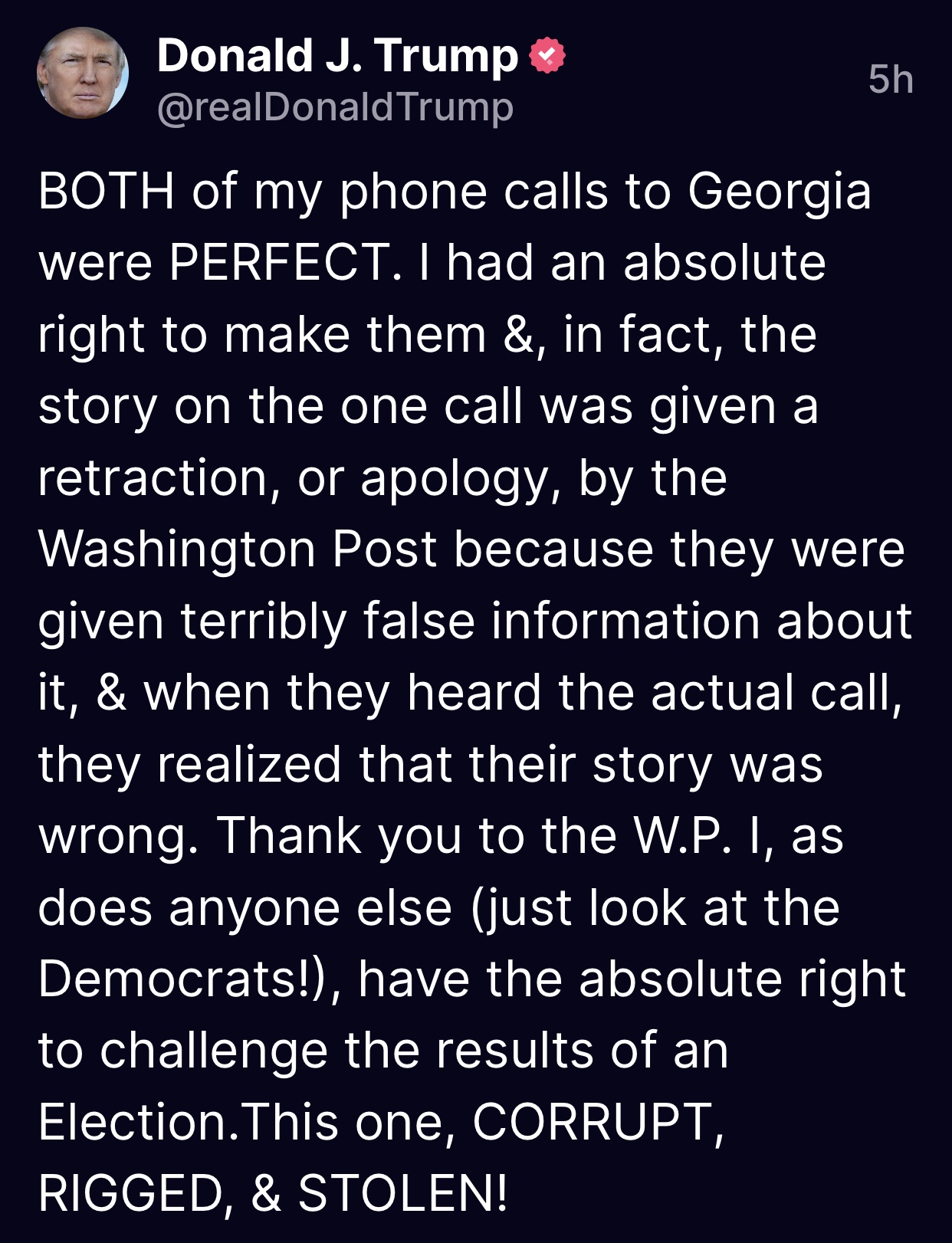 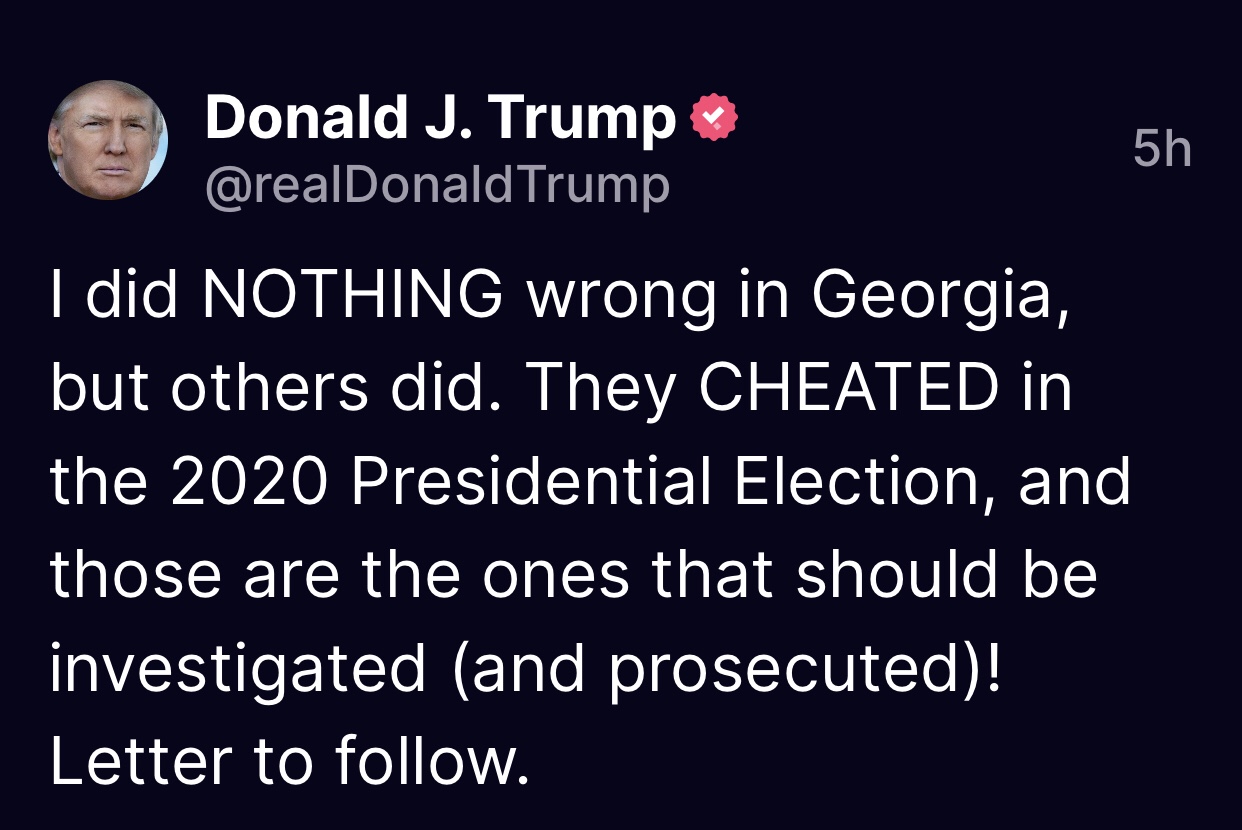