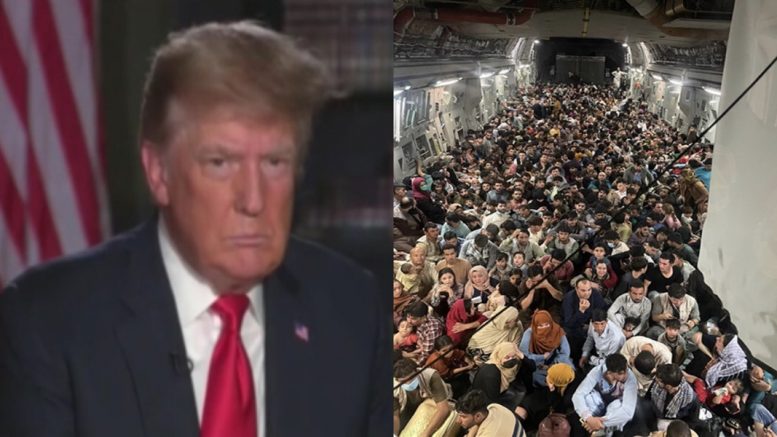 45th President Donald J. Trump issued a statement via email from his “Save America” PAC on Wednesday, reacting to a Monday tweet which was posted by CBS News, featuring a photograph with over 600 Afghans packed into a U.S. Air Force C-17.

The former Commander in Chief argued that the plane should have been filled with Americans fleeing Afghanistan instead.

“This plane should have been full of Americans. America First!” President Donald Trump said in the email statement, including a screenshot of the tweet posted by CBS News. 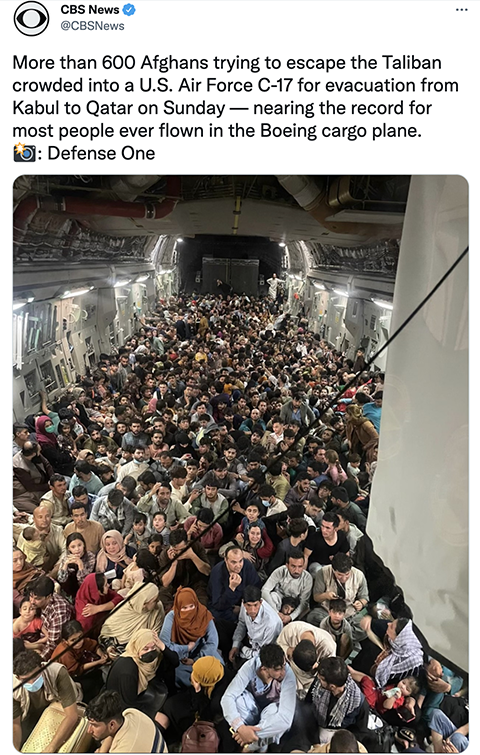 President Trump had previously ripped 78-year-old Joe Biden for not rescuing civilians who had aided the American war effort.

“Can anyone even imagine taking out our Military before evacuating civilians and others who have been good to our Country and who should be allowed to seek refuge?” Trump said in a statement on Monday. Continued Below

“In addition, these people left topflight and highly sophisticated equipment. Who can believe such incompetence? Under my Administration, all civilians and equipment would have been removed,” the 45th President added.

“What Joe Biden has done with Afghanistan is legendary. It will go down as one of the greatest defeats in American history!” President Donald Trump also declared in a Sunday statement.

“It is time for Joe Biden to resign in disgrace for what he has allowed to happen to Afghanistan, along with the tremendous surge in COVID, the Border catastrophe, the destruction of energy independence, and our crippled economy,” Trump demanded. “It shouldn’t be a big deal, because he wasn’t elected legitimately in the first place!” Continued Below

The 45th President also weighed in on the chaotic situation during an interview with Sean Hannity on Tuesday evening:

45th President Donald J. Trump will be interviewed by Greg Kelly on Newsmax at 7:00PM EDT on Wednesday, according to a media advisory sent via email.