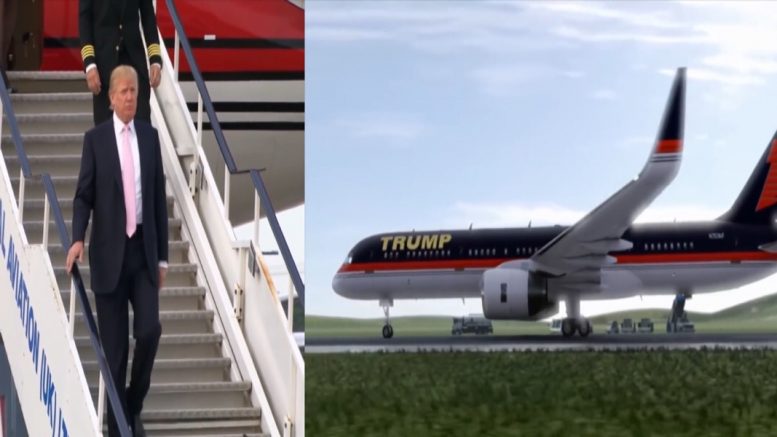 The 45th President issued a statement Friday via “From the Desk of Donald J. Trump”, in regards to his “Boeing 757” and “upcoming rallies”.

In a Thursday interview on OAN, former President Donald Trump announced that he will be hosting rallies in Florida, Ohio, Georgia, and North Carolina.

In a Friday statement, Donald J. Trump, 45th President of the United States of America said:

Many people have asked about the beautiful Boeing 757 that became so iconic during the Trump rallies. It was effectively kept in storage in Upstate New York in that I was not allowed to use it during my presidency. It is now being fully restored and updated and will be put back into service sometime prior to the end of the year.

It will soon be brought to a Louisiana service facility for the completion of work, inspection and updating of Rolls-Royce engines, and a brand new paint job. When completed, it will be better than ever, and again used at upcoming rallies! Continued Below

Trump’s Boeing 757 was used to take him to political rallies during his successful 2016 campaigns for the presidency.

The plane, which was built in 1991 and which Trump purchased from Microsoft billionaire Paul Allen in 2010, was used during Trump’s White House years for executive trips by The Trump Organization until 2019, when it was put in storage in Orange County, New York, about 60 miles from Manhattan, according to CNN. 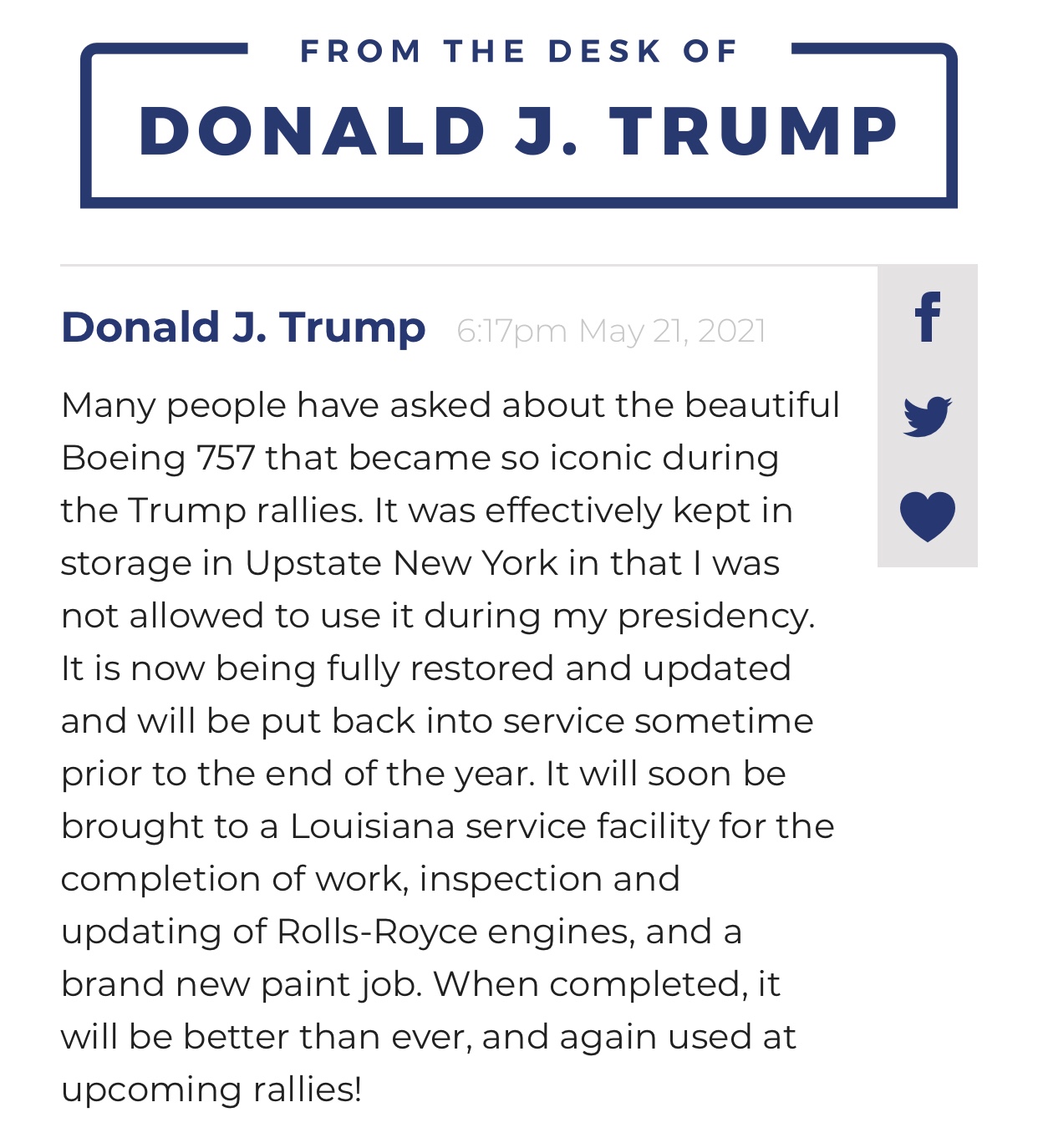 An inside look into the 45th President’s private plane; aka Trump Force One: