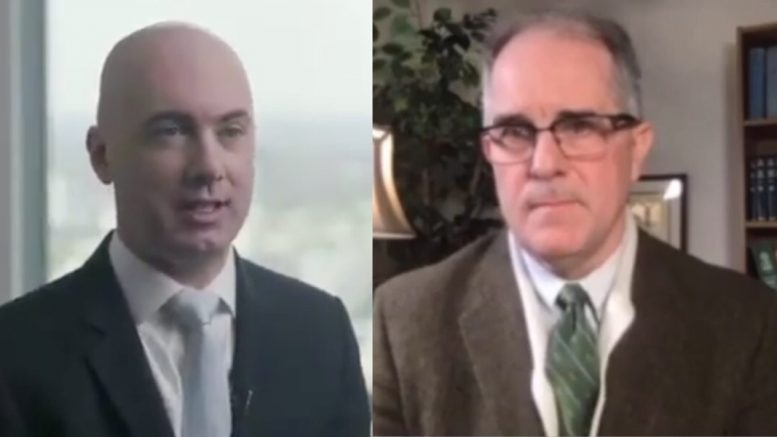 The FBI has requested the files from an independent investigation of people who allegedly voted in several states, according to Executive Director of Look Ahead America, Matt Braynard.

The attorney conducting a “Voter Integrity Project” investigation for the conservative Amistad Project of the Thomas More Society that has called into question hundreds of thousands of potentially problem ballots said the FBI has asked for his key files, as reported by Washington Examiner.

“The FBI has proactively and directly requested from me the VIP [Voter Integrity Project] findings that indicates illegal ballots,” Matt Braynard tweeted Sunday.

– The @FBI has proactively and directly requested from me the VIP findings that indicates illegal ballots.

– By Tuesday, we will have delivered to the agency all of our data, including names, addresses, phone numbers, etc.

Braynard said of the FBI: “While there has been legit criticism of the actions of leaders of the agency over the last several years, I can personally attest to the many patriots within the rank-and-file who are fighting on the side of the Constitution and Law and Order.”

Note: everything I pass on to local/state/fed law enforcement, litigants, legislatures, journalists, etc, is always a copy.

And despite sharing it with individuals from all of those groups, there's never guarantee of a productive result.

Braynard also tweeted on Friday that his investigation has uncovered evidence of people voting in “multiple states.”

“I can show you the names of the people on the record having voted in multiple states in the raw data the states make available, so this isn't speculative, this is just what the data shows.” —@MattBraynard@JoshJPhilipp has more in this FULL INTERVIEW: https://t.co/DJphxsJKmc pic.twitter.com/GjlHXfCNzQ

Phillip Kline, who heads the Amistad Project, said the group is “pleased to cooperate” with the FBI.

“This data has been used to identify hundreds of thousands of potentially fraudulent ballots in the states where we filed litigation. More about this data will be made available in Matt Braynard’s appearance before a meeting with legislators in Arizona tomorrow,” a statement in part from Kline read.

After learning that hundreds of thousands of ballots are potentially fraudulent- The FBI has now requested to look at our data.

The Amistad Project retained Matt Braynard and team after Nov 3 to develop data analysis to cultivate as evidence to support election integrity lawsuits in battleground states.@MattBraynard was contacted by FBI seeking our data.

He is cooperating and we fully support him.

We are pleased to cooperate with any investigative authorities.

All you have to do is compare the conduct w/ what the laws are in the state legislature. They used COVID fear to justify lawlessness and within that lawlessness they created a system where we can’t have faith. Now we’re proving that all the flaws had a direct impact on results.

The Department of Justice and the FBI have come under fire from President Trump and others for not being more aggressive in investigating allegations of massive voter fraud, improper voter registration, ballot harvesting, and voter bribery.

President Donald Trump told Fox News’ “Sunday Morning Futures” that there was widespread fraud in the recent presidential election, including dead people voting and voters submitting multiple ballots, and that the FBI and Department of Justice may be involved.

“This is total fraud, and how the FBI and Department of Justice, I don’t know, maybe they’re involved,” he said.