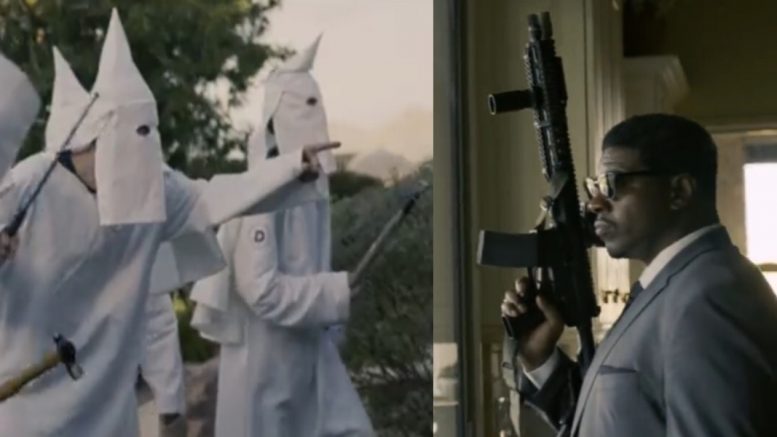 Congressional candidate Jerone Davison, who is running for Arizona’s 4th District, dropped a video ad on Twitter Wednesday, holding an AR-15 in self defense as “a dozen angry Democrats in Klan hoods” appeared to show up at his house.

“Democrats like to say that no one needs an AR-15 for self defense, that no one could possibly need all 30 rounds. But with this rifle, it is the only thing standing between your family and a dozen angry Democrats in Klan hoods,” Davidson said in his campaign video ad. “You just might need that semi-automatic and all 30 rounds.”

Davison, a former Arizona State University student athlete, NFL fullback for the Los Angeles Rams, author, and a Christian pastor, is running to fix election integrity, education, and end internet censorship, according to his campaign website.

Incumbent Greg Stanton is running in the Democratic primary for U.S. House Arizona District 4. The general election will occur on November 8, 2022.