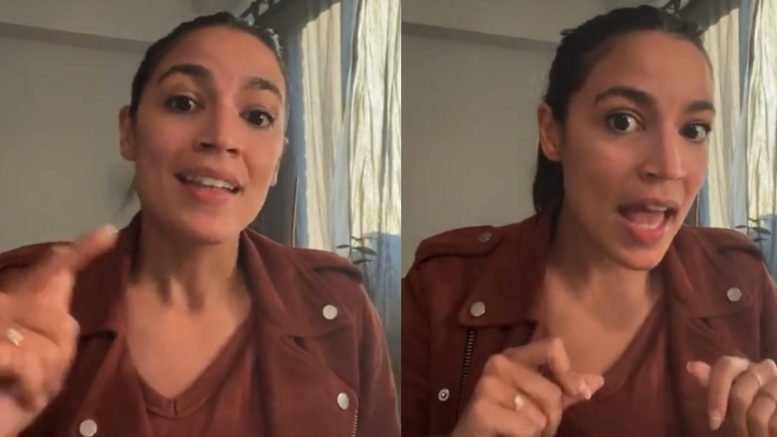 Rep. Alexandria Ocasio-Cortez warned her followers that there are Democrats within her party who are not pro-choice, and suggested they should be reassessed on whether it’s “appropriate for them to continue to serve.”

The self-proclaimed Socialist-Democrat made the remarks in a video released on social media as she weighed in on implications of the Supreme Court overturning Roe v. Wade.

“The Supreme Court on Friday overturned Roe v. Wade, effectively ending recognition of a constitutional right to abortion and giving individual states the power to allow, limit, or ban the practice altogether,” Fox News reported. “The ruling came in the court’s opinion in Dobbs v. Jackson Women’s Health Organization, which centered on a Mississippi law that banned abortion after 15 weeks of pregnancy. The Republican-led state of Mississippi asked the Supreme Court to strike down a lower court ruling that stopped the 15-week abortion ban from taking place.”

In reaction, Ocasio-Cortez urged her followers to vote out non pro-choice Democrats in upcoming contests to help preserve abortion measures around the country.

“If you live in a blue area where people say ‘Go vote,’ that should include primary elections too because the thing that a lot of people don’t like to talk about is the fact that not every Democrat is pro-choice, okay,” said.

“So the ones that aren’t [pro-choice], we really need to reassess if it’s appropriate for them to continue to serve in 2022,” she added. Video Below

Democrat Rep. Alexandria Ocasio-Cortez: "Not every Democrat is pro-choice…we really need to reassess if it's appropriate for them to continue to serve." pic.twitter.com/QeMwGUfao0

Related Article: Former Planned Parenthood Director on SCOTUS Overturning Roe v. Wade: ‘The Left Has Done This to Themselves’

On Sunday, the Democrat congresswoman pushed the use of federal land to open abortion clinics in red states that plan on outlawing abortion, as floated by some of her congressional colleagues. We leave