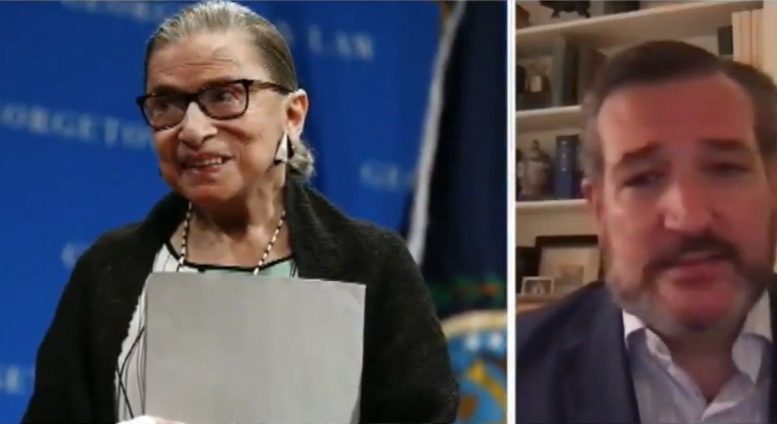 Senator Ted Cruz (R-TX) thinks President Trump should nominate a successor to Justice Ruth Bader Ginsburg as early as next week, and the Senate should make it a goal to confirm that replacement by Election Day.

Cruz explained his assertion on Friday night’s airing of Hannity while weighing in on implications of Justice Ginsburg’s death.

“We are one vote away from losing our fundamental constitutional liberties and I believe that the President should, next week, nominate a successor to the Supreme Court. It is critical that the Senate takes up and confirms that successor by Election Day.”

“It is tremendously important that not only does the nomination happen next week, but for the confirmation to happen before Election Day because Democrats and Joe Biden have made clear, they intend to challenge this election and they intend to fight the legitimacy of the election,” Cruz said.

We can not have Election Day go with a four-four  court. A four-four court that is equally divided can not decide anything. And I think we risk a constitutional crisis if we do not have a nine-justice Supreme Court, particularly when there is such a risk as a contested litigation and a contested election,” Sen. Cruz declared. Video Below

We are one vote away from losing our fundamental constitutional liberties. I believe @realDonaldTrump should nominate a successor next week and the Senate should take up and confirm that successor before Election Day. pic.twitter.com/pS8i860RTa