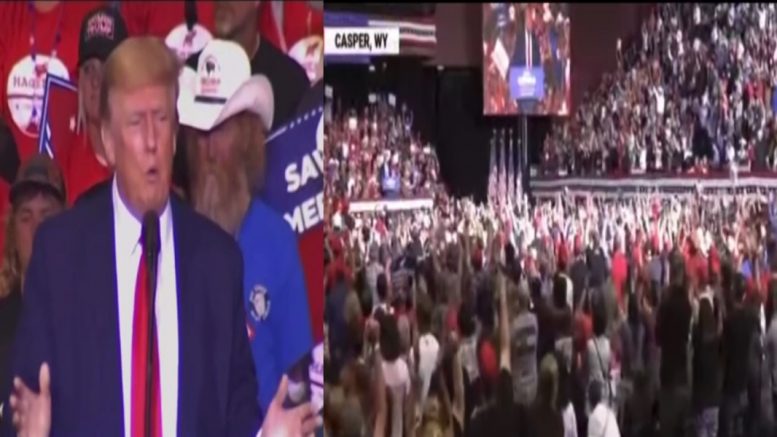 During a Save America rally in Casper, Wyoming on Saturday, the crowd went absolutely wild when 45th President Donald Trump asked point blank, “Does anybody want me to run again?”

“Well we did better the second time by far, than we did the first, but bad things happened, really bad things,” Trump said of the 20202 presidential election.

“Does anybody want me to run again?” President Trump asked the audience in Wyoming.

A different angle showing the crowd at the rally:

This was Trump’s strongest hint at the possibility of running for reelection in 2024. Although he has not officially announced if he will or not, he has previously stated that if he decides to run again, he would likely make the announcement after the November midterms.