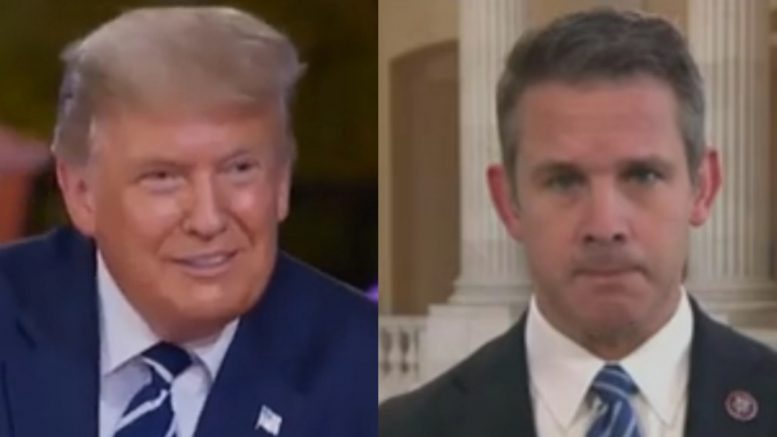 Appearing on Friday’s airing of The View, GOP Rep. Adam Kinzinger admitted that former President Donald Trump is ‘the leader’ of the Republican Party.

Rep. Kinzinger, who is a vocal critic of the 45th President, made the assertion while weighing in on Rep. Elise Stefanik being voted to replace Luz Cheney as Republican Conference Chair.

Related Article: Trump Doubles Down Against RINOs In His Latest Statement, Energizes Supporters: “We Will WIN BIG!”

“Do you agree with [Rep. Stefanik] that Trump is the leader of the Republican Party… and that the GOP is, in fact, united behind him?” Behar asked.

“So, I guess I agree he is the leader,” Rep. Kinzinger replied, “because there’s an absence of leaders right now.”