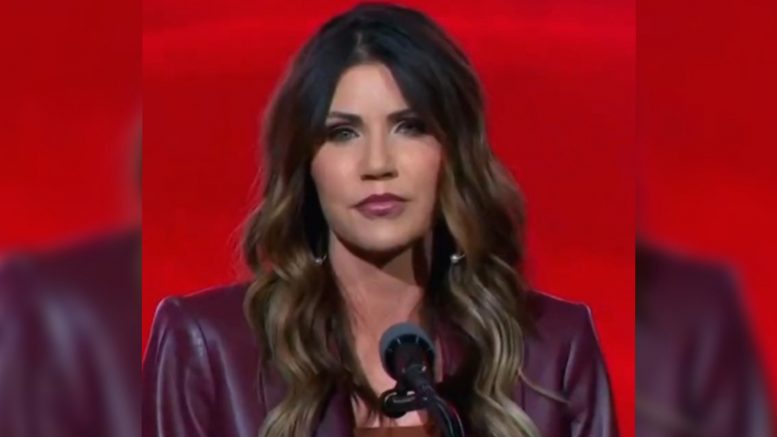 “The Left is afraid of the NRA. They fear people who think for themselves and who defend their rights,” South Dakota Governor Kristi Noem declared while speaking at the NRA Convention being held in Houston, TX.

The convention comes days after a school shooting in Uvalde, TX renewed calls from the Left for tougher measures on gun control.

Related Article: ‘One of the Most Shameful Things’ From a ‘Political Actor’: McEnany Rips Beto For Interrupting Gov. Abbott’s Press Conference

“There are so many people out there who are counting on us to help them defend their right, so don’t back down,” Noem said. “Now is not the time to quit. Now would be the worst time to quit. Now is when we double down.”

She continued, “This fight is much bigger than the people in this room. The consequences of our actions will affect all future generations of Americans. Do you want your children to have the same freedom that we’ve been blessed with? Do you want your grandchildren to understand and to know and experience liberty? Then we must protect the Second Amendment.”

.@KristiNoem: "The Left is afraid of the @NRA. They fear people who think for themselves, and who defend their rights."

"So don't back down. Now is not the time to quit." pic.twitter.com/8NmnNOsNQL

Beto Doubles Down On His Gun Confiscation Stance, Sen. Kennedy Reacts: ‘His Honesty Was Refreshing’

Jesse Watters: ‘Joe Biden Is Targeting You for Liberalism’s Failures – He’s Ready to Strip Away Your Right to Defend Yourself, Your Family’