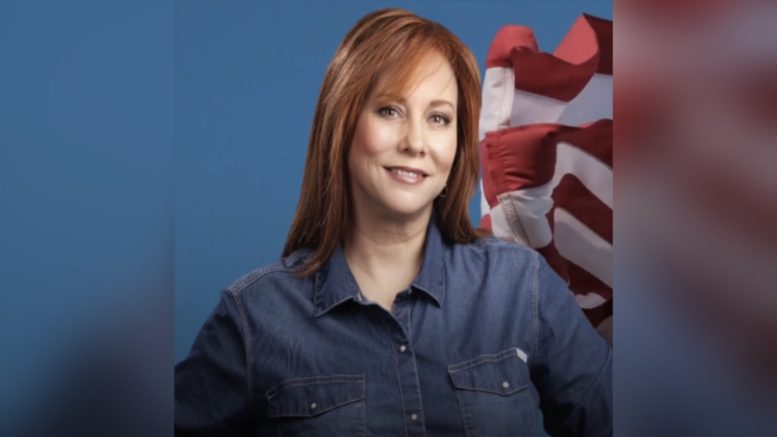 Congressional Republican candidate Sandy Smith who is running for for North Carolina’s 1st District, issued a video message on Twitter ahead of Tuesday’s primary election for The Tar Heel State, outlining some of the policies she will “fight for” and telling voters that 45th President Donald Trump won the 2020 election.

“I’m gonna fight for our country, election integrity, border security, protecting our guns, the unborn babies, and getting these darn gas prices down,” Smith vowed in a Twitter video message to voters.

She told voters that she supports “President Trump” adding: “And I’m the only one in this race that says he won the 2020 election”.

“I’m a conservative Republican, and I’m a fighter,” the North Carolina congressional candidate expressed. “… Election Day is this Tuesday, May 17th. Grab five of your friends, and go vote … so we can take back our country”.

Winners of the North Carolina Primary will become nominees for their political party on the General Election ballot in November. Video Below

Good afternoon! A special message from yours truly. Let's do this. #MAGA pic.twitter.com/XQYaW5lXEi

Sandy Smith has received endorsements from the following ahead of Tuesday’s primary:

Sandy Smith has also called for a comprehensive forensic audit of the 2020 election in North Carolina. She outlined the reasons why in an article written last July for the publication Big League Politics, titled: North Carolina Needs an Audit and Here’s Why.