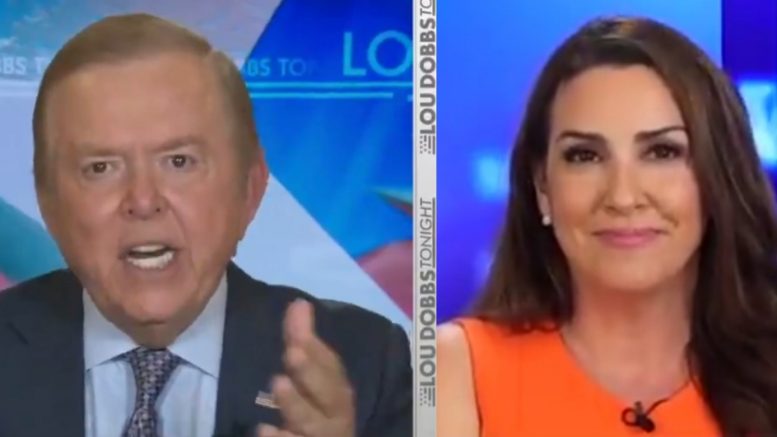 During his Wednesday night program, Fox News host Lou Dobbs had a special message directed at Republicans who are not taking allegations of election-related fraud more seriously.

Mr. Dobbs is concerned that “the soul of the nation” is at stake as more and more witnesses are coming forward with information, that if found to be true, suggests the electoral system has been corrupted. And Republicans who are balking at getting to the bottom of it are putting Americans in “graver and more imminent danger.”

“It should be very clear to everyone — there is no Candy Rock Mountain, there is no bunny rabbits and daffodils alongside the path. This is a struggle for the soul of this country and… the survival of the Republic,” Dobbs told investigative journalist Sara Carter.

“And those who don’t understand that are putting us in even graver and more imminent danger through their naivete and their refusal to look at what has happened to this President for four years!”

“They have been trying to, first, block his election, then overthrow him through through the investigations through the so-called FBI, and then the special counsel of the Justice Department, and then the impeachment — none of which produced a damn thing but lies, lies and more lies from the party of hate. And here we go again with this fraudulent election!” Dobbs exclaimed.

Moments later, he added, “This is not a hoax election. This is an effort to get rid of this President on the part of those who are radical dems, the deep state, …the establishment of both political parties, Wall Street and corporate America because they line up more with China than they do this President, his policies and the national interest.” Video Below

Sold Their Souls: @SaraCarterDC says the corporate media will ignore all evidence of electoral fraud in an effort to overthrow @realDonaldTrump and implement a globalist agenda. #MAGA #AmericaFirst #Dobbs pic.twitter.com/dVplWRIW6e

In ending, here is Dobbs interview with a USPS employee, who gives an eye witness account of how tens of thousands of ballots may have been secretly transported from New York to Pennsylvania right before the election:

Greg Kelly: “America Is Due For An Epic Shock…This Is Fightable. This Is Winnable.”