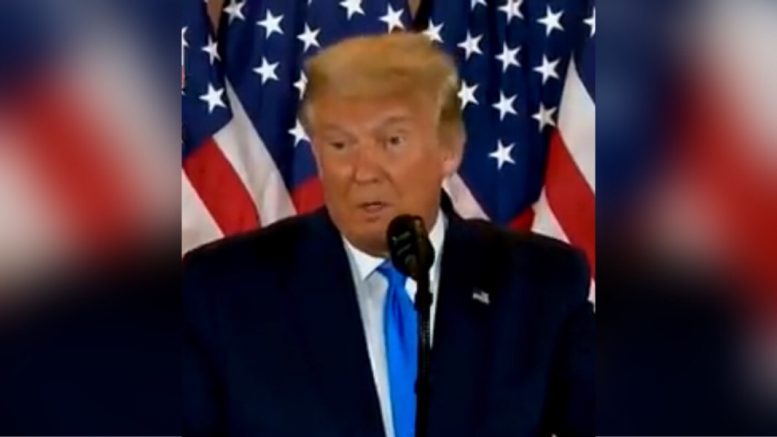 45th President Donald Trump issued a statement on his Truth Social platform Thursday afternoon, recommending “Europe and others” to “finally pay their fair share” for Ukraine’s defense against the Russian invasion.

His remarks come after the House passed a bill Wednesday night to send $40 billion to Ukraine while inflation and gas prices continue to surge.

“Why are we giving more than $40 Billion to Ukraine while Europe, by comparison, is giving very little, and they are greatly more impacted by a Russian invasion, obviously, than the U.S.?” President Trump wondered.

“I made NATO rich by getting European Nations to ‘pay up’. Most were delinquent and either not paying, or paying much less than they agreed to. Get Europe, and others, to finally pay their fair share,” he recommended.

“China, and others, is smiling all the way to the bank!” Trump suspected.

Trump’s statement on Truth Social came before Sen. Rand Paul (R-KY) issued an objection that might stall the Senate passage of the $40 billion in aid to Ukraine until next week. Continued Below

Senator Paul objected to a quick vote to approve $40 billion in aid, demanding to include language in the bill to use an Afghanistan inspector general role to oversee the use of the Ukraine funding.

“We cannot save Ukraine by dooming the U.S. economy,” Paul told The Hill.

“Americans are feeling the pain [from inflation] and Congress seems intent only on adding to that pain by shoveling more money out the door as fast as they can,” he said. Continued Below 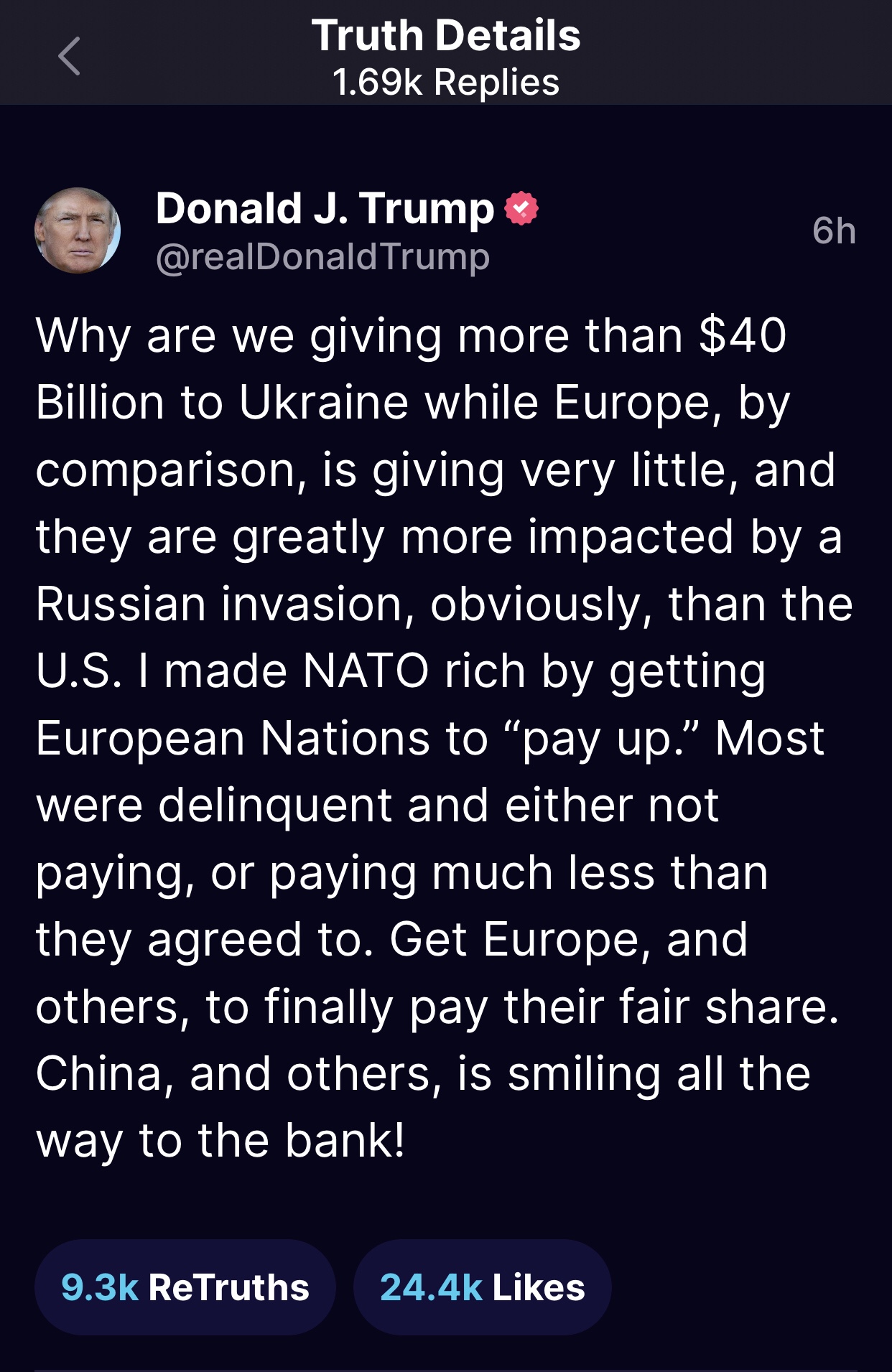 It was all so avoidable… Trump was right again.
pic.twitter.com/tAcIGmCMvj