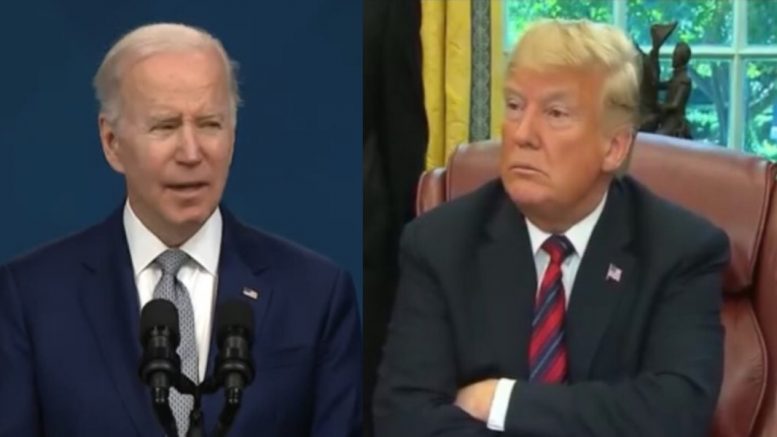 45th President Donald J. Trump ripped Joe Biden in a statement on Truth Social Thursday after his administration canceled three pending oil and gas drilling leases in Alaska and the Gulf of Mexico this week amid gas prices surging to record highs.

The Department of Interior announced the decision late Wednesday, saying there was not enough industry interest in the areas. Experts argue the Biden administration’s fight to cancel all oil and gas leasing has made it risky and unappealing for the oil and gas industry to begin new investments in the U.S. The Alaska lease had difficulty receiving interest at certain points in the past before Biden took office, Casey Harper at Just the News reported.

“Not even believable that Joe Biden just cancelled a major Alaska oil lease where not only big dollars would be made by the United States (instead of another country) but also massive amounts  of oil would be produced when gasoline is at the highest price ever”, the 45th President wrote on Truth Social.

The decision comes just days after the U.S. hit record high gas prices. According to AAA, the national average gas price is currently $4.42, up from $3 per gallon the same time last year, when prices had already begun to rise.

Joe Biden blocked all new oil and gas leasing on federal lands via executive order shortly after taking office, but a federal judge overturned that decision.

Meanwhile, inflation rose again in April, the Bureau of Labor Statistics reported on Wednesday. The consumer price index, a broad-based measure of prices for goods and services, increased 8.3% from a year ago, higher than the Dow Jones estimate for an 8.1% gain. 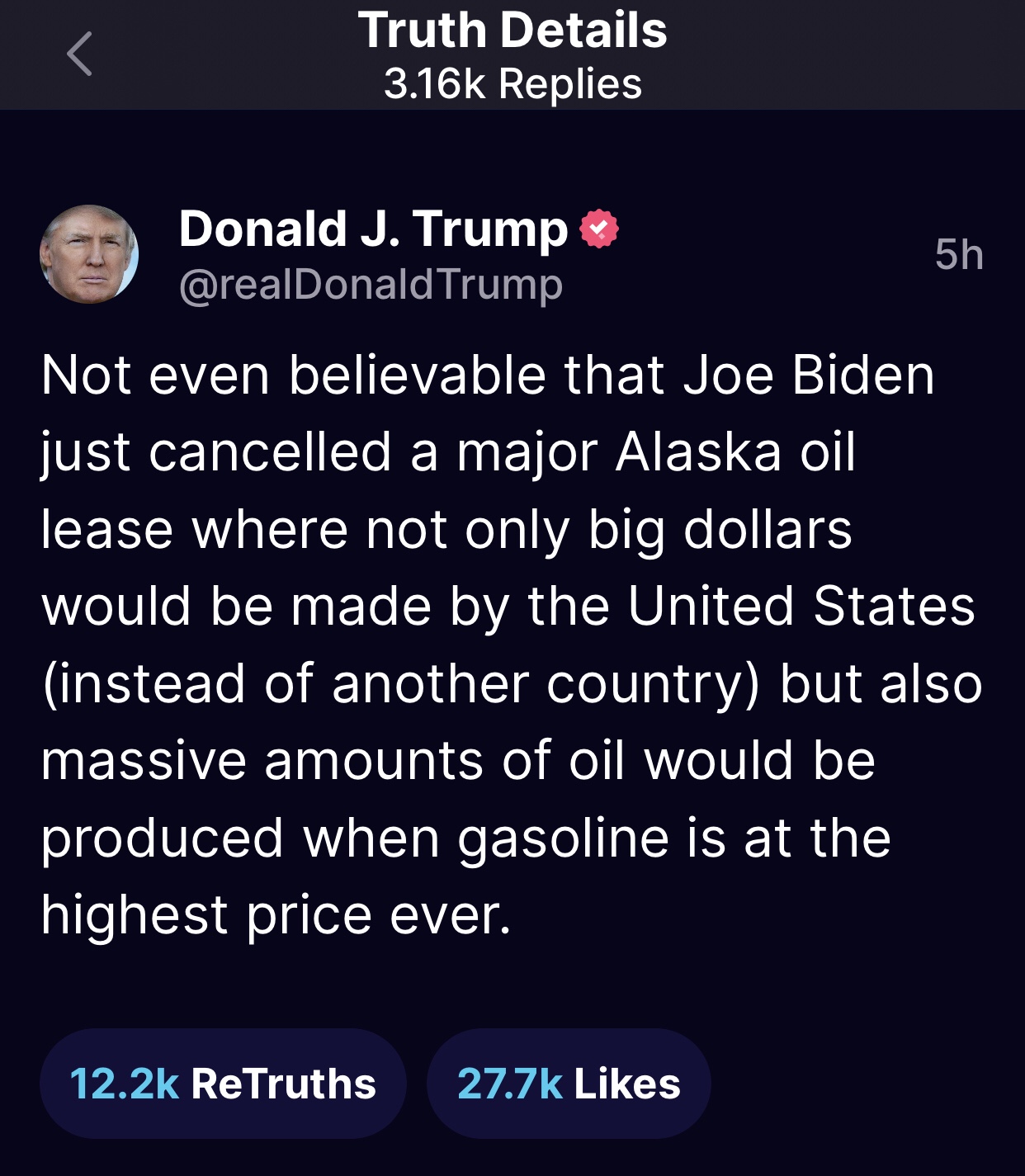 Trump also remarked over inflation and the conflict between Ukraine and Russia. He said “This would never have happened with the Trump administration in charge”. 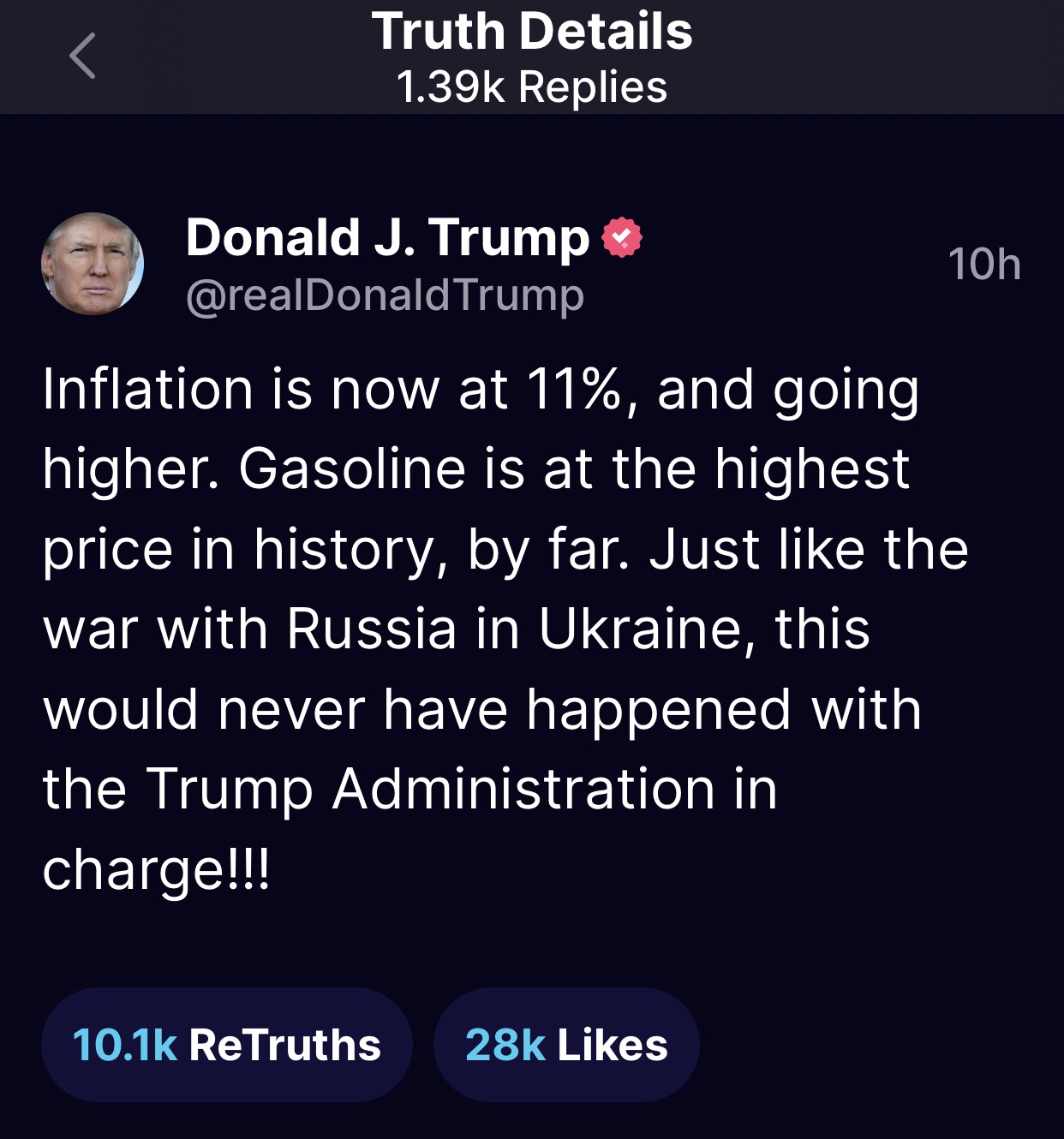 President Trump further said, “A Nation that can’t feed itself (soon the USA) can’t defend itself!” 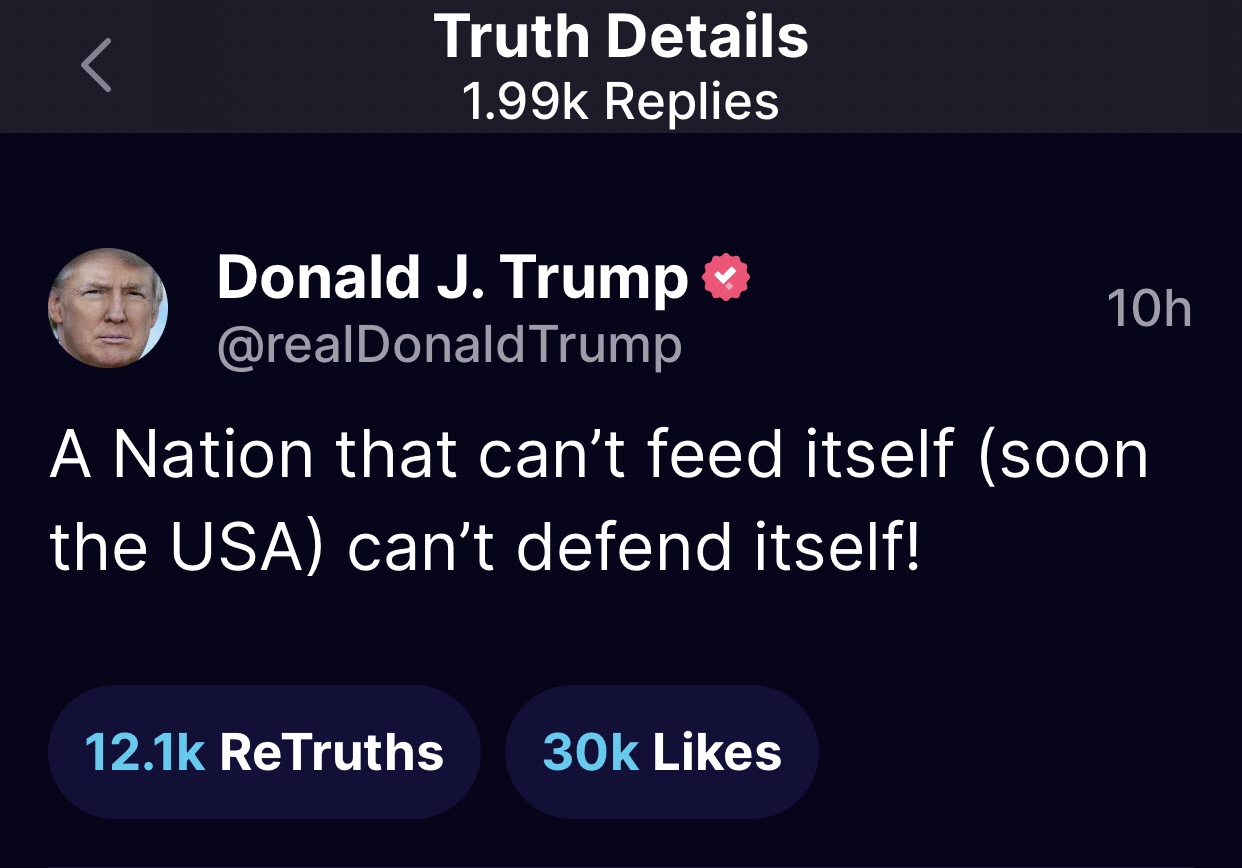 He also wondered if “Joe Biden” will be “the next Herbert Hoover, or just Jimmy Carter?” 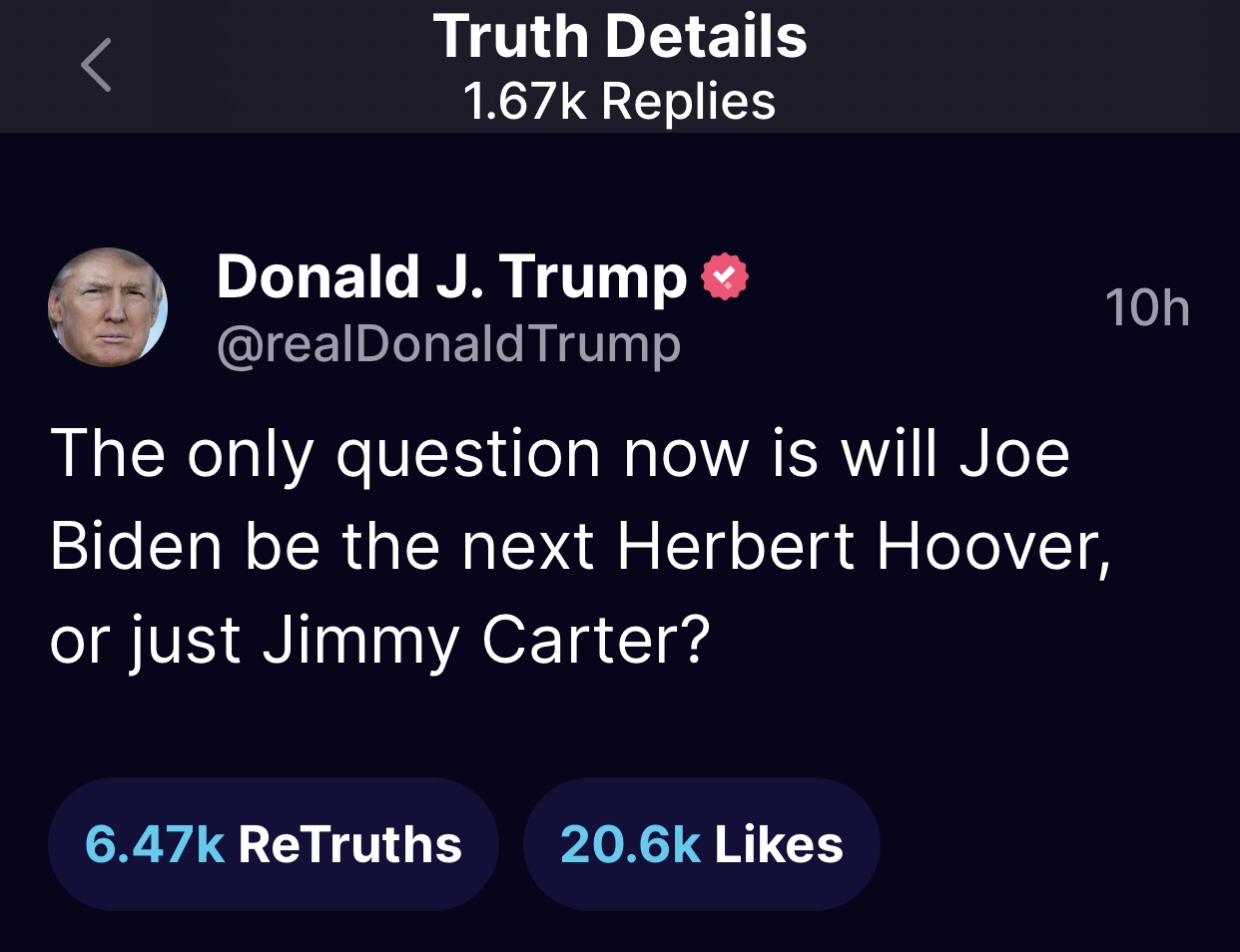 (Related: ‘They Got What They Asked For’: Trump’s ‘Save America’ Releases New Ad Featuring Harris as Gas Prices Surge & More)