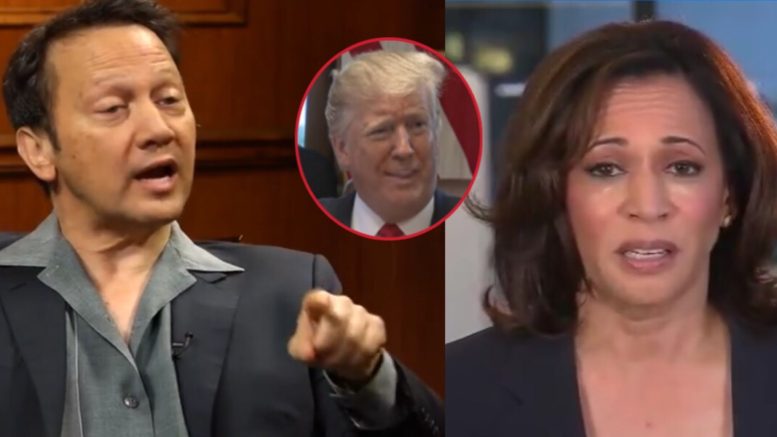 Sen. Kamala Harris (D-CA) demanded on Monday night that President Trump should have “his Twitter account suspended” over his tweets pertaining to the whistleblower complaint that sparked a firestorm in D.C. and the launch of a House impeachment inquiry announced by Speaker Nancy Pelosi (D-CA) last week.

“I think his Twitter account should be suspended. I think there is now plenty of evidence to suggest he’s irresponsible with his words in a way that could result in harm to other people,” Harris claimed.

“The President’s tweets and his behaviors about this are just further evidence of the fact that he uses his power in a way that is designed to beat people down, instead of lift people up,” Harris continued.

“Frankly, when you look at what he’s been tweeting today directed at the whistleblower, directed at so many people, you know, I, frankly, think that based on this and all we’ve seen him do before, including attacking members of Congress, that he, frankly, should be — his Twitter account should be suspended,” she also said Monday night on CNN.

“The privilege of using those words in that way should probably be taken from him,” Harris added.

Actor and comedian Rob Schneider fired back at Sen. Harris for calling on corporations to censor people, suggesting that it is “grossly un-American.” (Continued Below)

Schneider took to Twitter Monday after Harris called for the President to be kicked off of Twitter and wrote, “Government officials asking corporations to sensor (sic) people is grossly unAmerican.”

He added, “Free Speech is to protect not just the speech you like but also the speech you find abhorrent. @KamalaHarris you are either for ALL of it or NONE of it.”

President Trump wrote Sunday on Twitter that he wants to meet the whistleblower who filed a complaint about his July phone call with the Ukrainian President and to have House Intelligence Committee Chairman Adam Schiff (D-CA) questioned for “fraud and treason.” (Video Below)

In the series of tweets on Sunday, President Trump said he wanted to meet with both the whistleblower and the person who supplied the information. He also questioned whether he was being spied on.

“In addition, I want to meet not only my accuser, who presented SECOND & THIRD HAND INFORMATION, but also the person who illegally gave this information, which was largely incorrect, to the ‘Whistleblower,’” Trump tweeted. “Was this person SPYING on the U.S. President? Big Consequences!”

The words of a president matter. Trump has again shown he is irresponsible and endangering others with his tweets. He should lose the privilege to be on Twitter. pic.twitter.com/t2w8cw3uZW