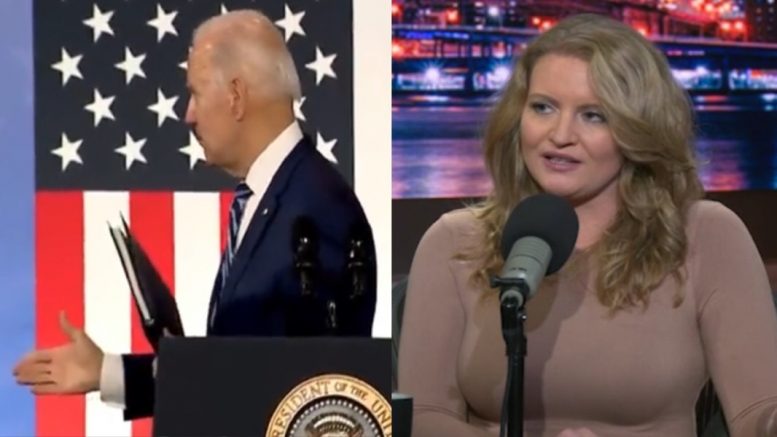 “This is beyond pathetic and it’s unconscionable that Biden’s cabinet would let him remain in office. #25thAmendment”, Jenna Ellis, former senior legal adviser and counsel to 45th President Donald Trump, expressed after Biden appeared to shake hands with the air, then wandered around looking confused.

Her comment came after 79-year-old Joe Biden ended a speech on Thursday at North Carolina Agricultural and Technical State University over infrastructure investment and the economy.

After Biden finished his speech, he turned around and tried to shake hands with thin air and then wandered around looking confused pic.twitter.com/ZN00TLdUUo

This is beyond pathetic and it’s unconscionable that Biden’s cabinet would let him remain in office. #25thAmendment https://t.co/MLjl4USYJs

The 25th Amendment, proposed by Congress and ratified by the states in the aftermath of the assassination of President John F. Kennedy, provides the procedures for replacing the president or vice president in the event of death, removal, resignation, or incapacitation, Cornell Law School states.

Biden, also during his speech, turned around and appeared to mumble something to himself:

Biden just turned his back to the microphone and mumbled inaudibly for several seconds during his speech pic.twitter.com/kcJ45uqjDv

(Related: Fmr. White House Physician On Biden: “He’s Either Gonna Resign…Or They’re Going To Have To Use The 25th Amendment”)