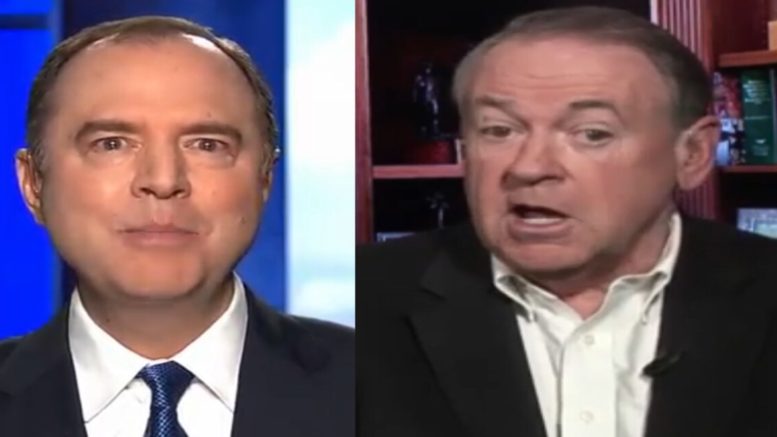 Rep. Adam Schiff (D-CA), the chairman of the House Intelligence Committee, claimed on Sunday during an interview on ABC’s “This Week” that he believes there is still “significant evidence of collusion” tying the Russian government with President Trump’s 2016 presidential campaign, despite Special Counsel Robert Mueller’s reported findings.

Attorney General William Barr on Sunday released the summary of Robert Mueller’s Russia probe in a four-page letter to lawmakers, which stated that Mueller did not establish evidence of Trump’s team or any associates of the Trump campaign conspiring with Russia to sway the 2016 election.

(Related: Nadler Caught On Camera Getting Called A ‘Loser’ While Addressing Press On Mueller’s Findings)

Nonetheless, Adam Schiff said during his interview on Sunday, “There’s a difference between compelling evidence of collusion and whether the special counsel concludes that he can prove beyond a reasonable doubt the criminal charge of conspiracy. I leave that decision to Bob Mueller, and I have full confidence in him.”

Mike Huckabee said Schiff and his fellow Democrats should be blaring the hit song from the Disney film “Frozen”: “Let It Go.” (Video Below)

“Adam, you’ve been saying you’ve got evidence. Show up with a box of it and empty it on the Capitol steps or shut the heck up!” Huckabee urged.

He also offered some advice to President Trump and Republicans after the fallout from Democrats pertaining to the Mueller probe as they want to pry further into collusion and obstruction investigations: “Counter-punch hard.”

The former Arkansa Governor pointed out that Democrats only control the House, while Republicans hold the higher ground: the White House and the Senate. (Video Below)

Mike Huckabee also suggested, “Let Lindsey Graham and the Senate Judiciary Committee go after: Who were the conspirators? Who were the ones who inside the Justice Department and FBI actually conspired to bring down this president? Chase them to justice. Order the attorney general to do the same thing.”

(Related: When Pressed On Mueller’s Findings, Trump Has One Comment For The Media: ‘America Is The Greatest Place On Earth’)