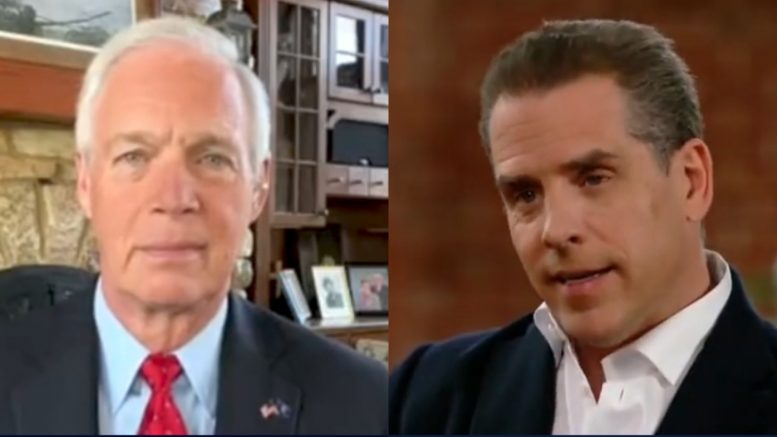 “I think really what The New York Times and The Washington Post [Hunter Biden laptop] articles prove is how complicit they have been and continue to be in the cover-up,” proclaimed Sen. Ron Johnson while interviewing with Maria Bartiromo on Sunday. “They’re not impartial. They are advocates for the Democrat Party and the radical Left.”

The U.S. Senator from Wisconsin continued: “The Washington Post learned a lot of lessons from their coverage of Nixon. When you get caught in a cover-up, and that’s what’s happening — the media is being caught in a cover-up. They’re being caught in their lies. What you do — and this is an intelligence community technique — is you engage in, what they call, a limited hangout, or in Nixon’s case a modified limited hangout. You let out just enough information, just enough truth to try to get you by the moment.”

“You can’t allow our intelligence agencies, the Department of Justice, the FBI or the media to get away with this,” Johnson said. “This is serious business. This is unbelievable corruption at the highest levels of government and our media. We are all being snookered by them.”

“This has been, from my standpoint, a massive diversionary operation to try and take the American public’s attention away from their wrongdoing, their lies, their cover-ups,” declared Sen. Johnson. Video Below

.@SenRonJohnson tells @MariaBartiromo the @nytimes article about Hunter Biden‘s laptop proves how complicit they have been in the cover-up. The media has been caught in a cover-up and they’re using a intelligence agency tactic to try to get out of it. pic.twitter.com/MF7tetMPTg