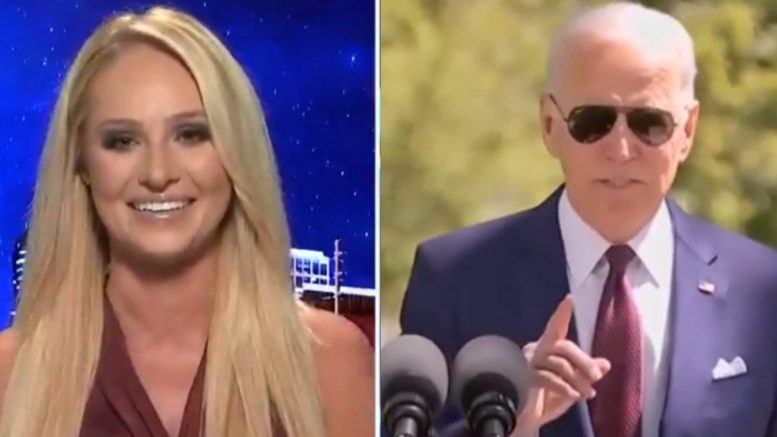 Tomi Lahren weighed in on why she thinks Joe Biden has repeatedly expressed fear of getting into ‘trouble’ while making public appearances and taking questions from the press.

Biden suggested he was ‘in trouble’ when struggling to find his mask after speaking at a drive-in rally in Georgia. He also recently mentioned that he’s “really gonna be in trouble” after he took additional questions from the press.

In response, Tomi Lahren stated as follows on Saturday’s airing of Justice With Judge Jeanine:

My all-star panelists @TomiLahren and @TheLeoTerrell discuss the Utah protest about mask mandates and more! pic.twitter.com/5hD9TcvJNe