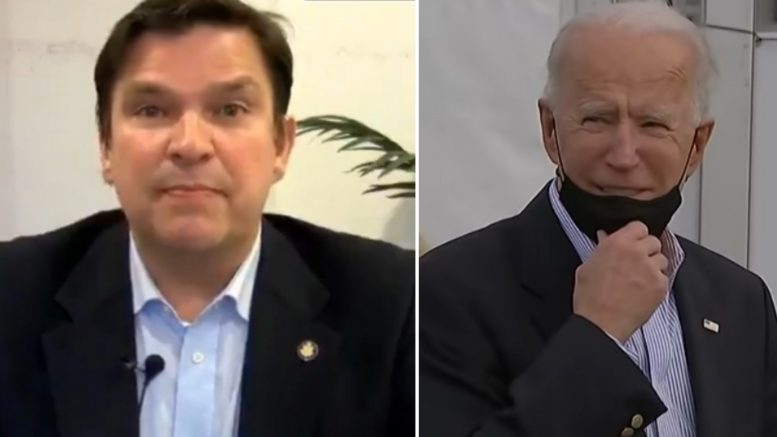 Democrat Rep. Vicente Gonzalez (D-TX) is very concerned about Joe Biden’s softer immigration policies after just over a month of being in office.

According to Politico, “There’s already an uptick in migrants heading to the border and some have crossed and been released in some communities already grappling with the pandemic, a strained health care system and high unemployment.”

“The way we’re doing it right now is catastrophic and is a recipe for disaster in the middle of a pandemic.”

“Our party should be concerned. If we go off the rails, it’s going to be bad for us. Biden is going to be dealing with a minority in Congress if he continues down some of these paths.”

Asked by a CNN reporter to specify what are some the “wrong paths” that the Biden Administration are going down, Gonzalez cited how easily migrants are bring processed and released after illegally crossing the border.

“If that is the message that we send to Central America and around the world, I can assure you it won’t be long before we have tens of thousands of people showing up to our border, and it’ll be catastrophic for our party, for our country, for my region, for my district in the middle of a pandemic in an area where we have lost over 3,000 people in my small congressional district,” Rep. Gonzalez said.

“So, I think we need to have a better plan in place,” he added. “I think asylum seekers should be able to ask for asylum and be processed in their home country or a neighboring country.”

“And we shouldn’t have a policy in place that impulses people to make this 2,000-mile trek, where cartels and human traffickers are eriching themselves,” Rep. Gonzalez concluded. Video Below

Report: CBP Had To ‘Redo’ Chart To Fit The March Surge Line — ‘The Most In Nearly Two Decades’

Tucker: Let’s Say You’re President & Your Poll Numbers Make You Somewhat Less Popular than Chlamydia – What Do You Do?