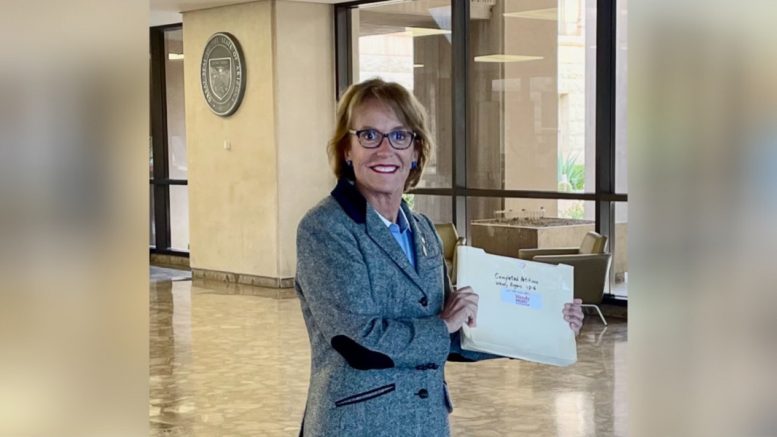 Arizona State Senator Wendy Rogers (R) announced on Tuesday that she has garnered nearly 2,000 signatures “to get on the ballot for State Senate” for her re-election bid in the Grand Canyon State’s 7th Legislative District.

Candidates are required to file nomination petitions that contain a minimum number of signatures from eligible voters. Each office requires a specific amount of signatures to qualify for the ballot. Official signature requirements are available on the Secretary of State’s website, according to AZ Clean Elections.

“Just turned in 1,981 signatures today to get on the ballot for State Senate in #LD7. I think that is over 5 times the amount required,” Senator Wendy Rogers made known on Tuesday.

“Thank you to everyone who worked to get this done. You are the best grassroots patriots in the world. Couldn’t have done it without you. #MAGA” Senator Rogers also expressed.

45th President Donald Trump announced his “complete and total endorsement” for Wendy Rogers in December, who he declared as being a “MAGA warrior”, as previously reported by The Freedom Times.