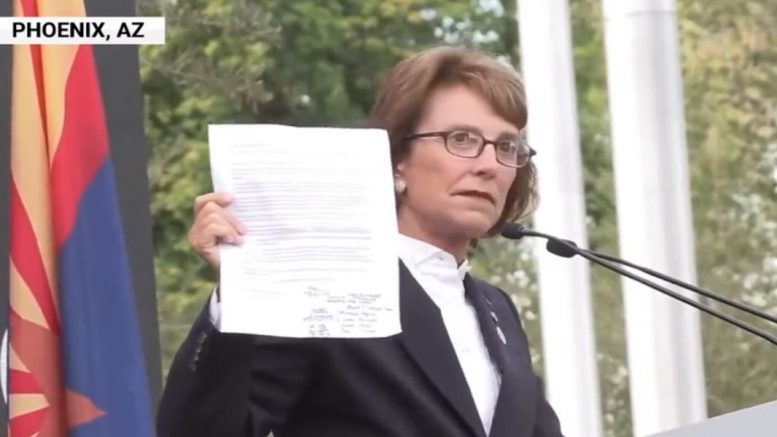 204 legislators from multiple states have now signed a letter calling for all 50 U.S. states to be audited and electors to be decertified “where it has been shown the elections were certified prematurely and inaccurately.”

The letter, which was originated by election integrity champion Arizona State Senator Wendy Rogers (R), also calls for the US House of Representatives “to convene and vote per the US Constitution by means of one vote per state to decide the rightful winner of the [2020] election in accordance with the constitutional process of choosing electors,” as previously reported by The Freedom Times.

The move from various state legislators initially came just hours after the highly anticipated Maricopa County audit report was released to the public on September 24th, which stated that there were “too many discrepancies to declare an outright winner of Arizona’s electoral votes.”

“Thank you all for helping our movement get more people on board with this letter! Please read the letter, see who is on, and who is not on. Those who are not on, please ask them to sign. If they don’t sign, start working on primarying them,” Senator Rogers said in statement in October.

45th President Donald J. Trump has also mentioned the letter from the legislators during a “Save America” rally in Perry, Georgia on September 25th, saying in part, “It is clear in Arizona that they must decertify the election; you heard the numbers. And those responsible for wrongdoing, must be held accountable. It was a corrupt election.”

Most recently, Arizona State Rep. Mark Finchem (R) introduced a resolution to “set aside and decertify three 2020 county elections” in Arizona, according to a Monday press release. The concurrent resolution, HCR 2033, calls for the elections of Maricopa, Pima and Yuma Counties to be set aside “based on clear and convincing evidence that the elections in those counties were irredeemably compromised”, as previously reported by The Freedom Times. Continued Below

Arizona State Senator Wendy Rogers provided an updated list on Thursday of legislators who have now signed the letter:

BREAKING 204 Legislators from Multiple States Write a Letter to the American People Calling for a 50-State Audit, Decertification Where Appropriate, and Possible Convening of the US House of Representatives (2/2) pic.twitter.com/guD71Bauie 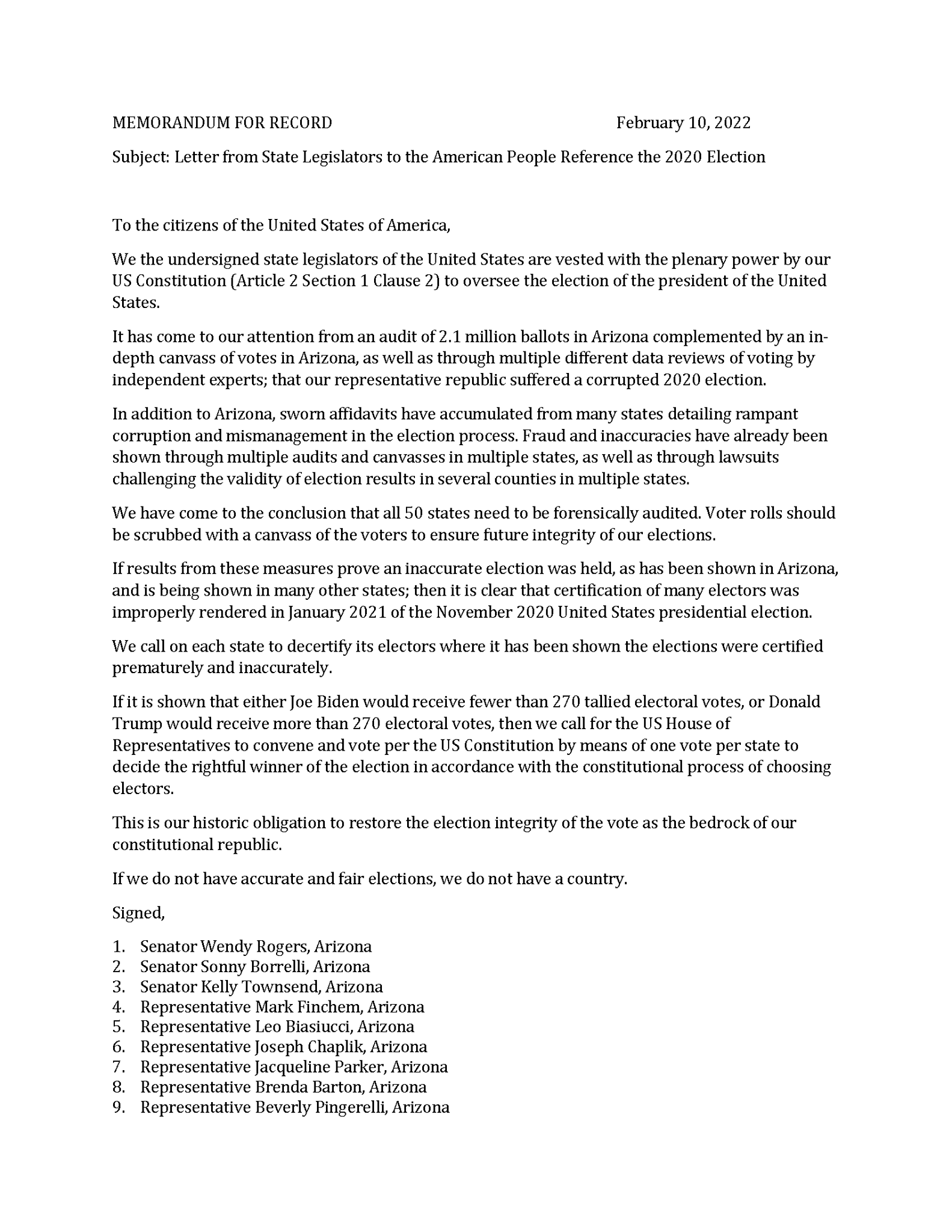 BREAKING: Sen. Wendy Rogers unveils letter signed by 41 state legislators from across the country calling for forensic audits in each state, and urging their states to decertify the 2020 election if their audit results mirror those in Arizona. pic.twitter.com/Fd7mytHLX5

In August of 2021, the Arizona State Senator announced that an Election Integrity Caucus consisting of lawmakers from all 50 states has been formed. “I am one of the founding members of the Election Integrity Caucus that consists of legislators from all 50 states. Reminds me of the Continental Congress,” Sen. Rogers said. “We will meet regularly and we will talk regularly to implement the securing our elections.”

During the Arizona Senate hearing on September 24, 2021, Ben Cotton of CyFir– revealed that election results were purged from the EMS the day before the forensic audit began. Moreover, during a hearing in the House Oversight and Reform Committee on October 7th, Maricopa County Board of Supervisor officials admitted under oath, that they deleted election data after they received a subpoena from the Arizona State Senate.

Rogers has asked supporters to sign her “nationwide petition to decertify the 2020 President Election”.  She has also renewed calls for arrests in Arizona as evidence was brought forward during the September 24th State Senate hearing, revealing in part, that three different individuals reportedly deleted data.

Similarly, Rep. Mark Finchem on Thursday, asked voters to sign a petition to help decertify and set aside Arizona’s electors following a trove of irregularities, listed in his official resolution, which were discovered during last year’s Arizona state senate forensic audit.

Sign the petition to help me get this done. https://t.co/nDKQe9zCux

Trump Announces the Passing of his First Wife Ivana: ‘She was a Wonderful, Beautiful & Amazing Woman, who led a Great & Inspirational Life’