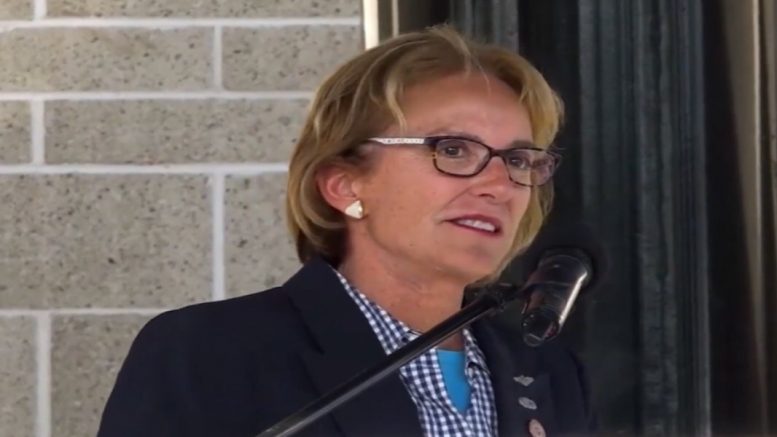 Ahead of an election integrity watchdog group (True the Vote) presentation over ballot harvesting with Arizona lawmakers, State Senator Wendy Rogers declared “our elections were stolen”.

True the Vote’s Catherine Engelbrecht and Gregg Phillips revealed their findings and data in April  during an interview on “The Charlie Kirk Show”, showing several people stuffing ballot boxes in swing states during the 2020 election.

Filmmaker Dinesh D’Souza released a political documentary called 2000 Mules, which purports having evidence of massive voter fraud in the 2020 election in the form of digital device location tracking data. D’Souza teamed up with True The Vote.

After the 2020 presidential election, True The Vote said it purchased a trove of geolocation data obtained from electronic devices. Marketers often use that kind of data for targeted advertising, and privacy advocates have raised alarms about just how much information companies are collecting and selling, NPR reported.

True The Vote also said it used the data to track the movements of people in key swing states around the time of the 2020 election. D’Souza, Engelbrecht and Phillips claim this location-tracking data show thousands of people making suspiciously large numbers of stops at mail-in vote drop boxes in the 2020 election. They allege those individuals, the “mules”, were making multiple stops because they were actually stuffing the drop boxes with stacks of completed ballots – a practice that critics call “ballot harvesting.”

She followed up with another post, writing, “Our elections were stolen. We should be fixing all of the fraud but nothing is happening. Censure of Wendy Rogers in 3, 2, 1… #Decertify #Fix2020”.

Our elections were stolen. We should be fixing all of the fraud but nothing is happening. Censure of Wendy Rogers in 3, 2, 1… #Decertify #Fix2020

True The Vote’s presentation before the Arizona State Senate begins at 3:00 MT on Tuesday, May 31.

Related: ‘This is 100% Conclusive & Determinative Evidence’: Trump on True the Vote’s Investigation of how ‘2020 Election’ was ‘Rigged’