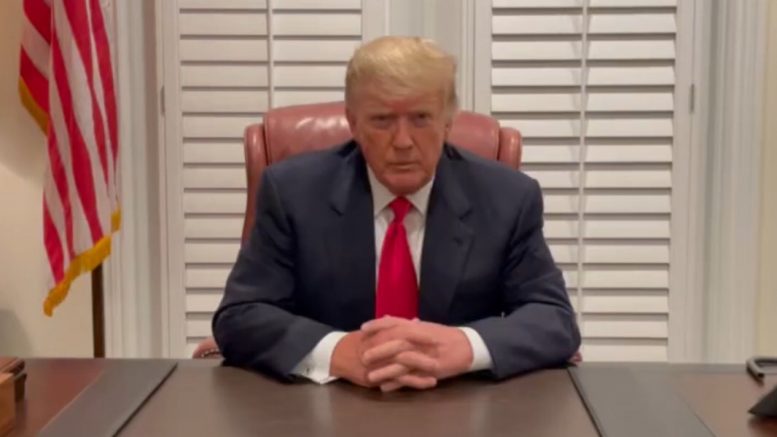 As previously reported by The Freedom Times, a Wisconsin resident presented data on Wednesday to help back up his claim that thousands of “fake voters” cast ballots in Wisconsin’s 2020 election.

Peter Bernegger, who resides in New London, “was invited to speak to the Assembly Committee on Campaigns and Elections by state Rep. Janel Brandtjen, R-Menomonee Falls, the panel’s chair. Brandtjen said Bernegger had acquired material she hadn’t seen elsewhere,” WPR reports. “During his presentation Wednesday, Bernegger displayed a series of slides and spreadsheets, sometimes highlighting specific voters whom he said had moved. Many, he alleged, were ‘illegally registered.’”

45th President Donald J. Trump issued an email statement Friday afternoon from his “Save America” PAC regarding the hearing that took place over the alleged voter fraud discovered in Wisconsin during the 2020 November election.

“Even more Voter Fraud was just discovered in Wisconsin. It shows the Election was Rigged and Stolen,” Trump said.

“A hearing this week revealed at least 50,000 illegal phantom votes were cast in the 2020 Presidential Election, which is more than twice the ‘victory’ margin. Incredible problems were also uncovered within Wisconsin’s voter rolls, including an apartment building with 102 percent turnout rate (not possible), 113 ballots cast from an address where no one lives, 3,713 ‘voters’ registered to U.S. Post Offices, and 625,000 dead people on Wisconsin’s voter rolls,” he explained, citing irregularities that were presented during the hearing.

“In addition, 46,000 votes were cast on Nov. 3rd based on voter information that was never verified by the state,” Trump highlighted. Continued Below

“So who in Wisconsin is leading the charge to decertify this fraudulent Election? It’s time for RINOs to step forward and save our Country!” Trump urged.

Video clips from the hearing can be viewed at our previous article: Wisconsin Resident Presents Data Purportedly Showing Thousands of ‘Fake Voters’ Cast Ballots in 2020

“Even more Voter Fraud was just discovered in Wisconsin. It shows the Election was Rigged and Stolen. A hearing this week revealed at least 50,000 illegal phantom votes were cast in the 2020 Presidential Election, which is more than twice the… pic.twitter.com/KVH4VmxJKS

Lara Trump On The Prospect Of An Emergency Audit: “If There’s Ever A Year That We Need To Get This Right, It’s Now”