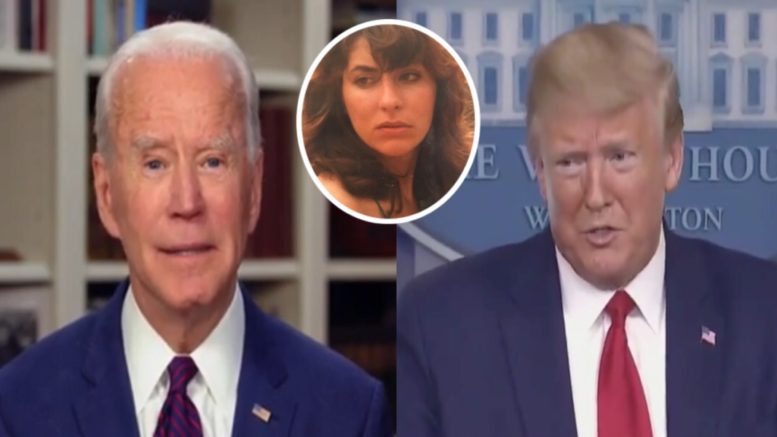 Friday during an interview on MSNBC’s “Morning Joe” and in a written statement, former Vice President Joe Biden, for the first time, issued a public denial over a sexual assault allegation leveled against him by his former Senate staffer, Tara Reade.

Joe Biden was pressed during his interview on his previous comments about women coming forward with allegations of sexual harassment and assault, specifically his comments surrounding the confirmation hearing of now-Supreme Court Justice Brett Kavanaugh.

Biden said that “believing women means taking women’s claims seriously.” He added that “women have a right to be heard,” but that their claims should be investigated by the press.

“They should start off with the presumption that they’re telling the truth,” Biden said Friday. “Then you have to look at the circumstances and the facts. And the facts, in this case, do not exist. Look at the facts and I assure you it did not happen. Period.”

Erin Perrine, Trump 2020 Principal Deputy of Communications, issued a statement on behalf of the Trump campaign over Joe Biden’s response to Tara Reade’s allegations. Continued Below

Erin Perrine issued the following statement from the Trump campaign:

“The only thing Joe Biden did today was dig himself a deeper hole.  He once again demonstrated that he believes he should be held to a different standard than he has set for others. During Justice Kavanaugh’s hearings, Biden made clear that all women should be believed when they come forward with allegations of sexual assault.

Biden’s own work during the Obama Administration lowered standards for such accusations on college campuses as to effectively institute a presumption of guilt.  In a dramatic shift, Biden now says ‘believe women’ doesn’t actually mean ‘believe women.’

“Biden also did not address the multiple corroborating witnesses who say Tara Reade told them about the alleged assault in the 1990s. This includes the 1993 phone call to Larry King on CNN by a woman Tara Reade says is her mother. Continued Below

“Finally, Biden has a different definition of transparency than he sets for others.  While he called for the complete release of Mike Bloomberg’s documents related to complaints against him, Biden made clear he does not want his University of Delaware records released because they could be used against him in the campaign. He also falsely said those records are not ready to be made public.

“The double standard exhibited by Biden, prominent liberal women’s groups, and Democrat elected officials – some of whom want to be Biden’s running mate – is glaring and cannot be allowed to stand.

There will be a great temptation among Biden’s supporters to take his lackluster interview performance and declare ‘case closed’ and move on.  We do not know what, if anything, was done to Tara Reade, but there cannot be one set of rules for Joe Biden and another set for everyone else,” Erin Perrine concluded. Video Below

(Related: Jesse Watters: “Joe Biden, Why Don’t You Agree To An FBI Investigation? Because If You Don’t, You’re Obviously Guilty”)