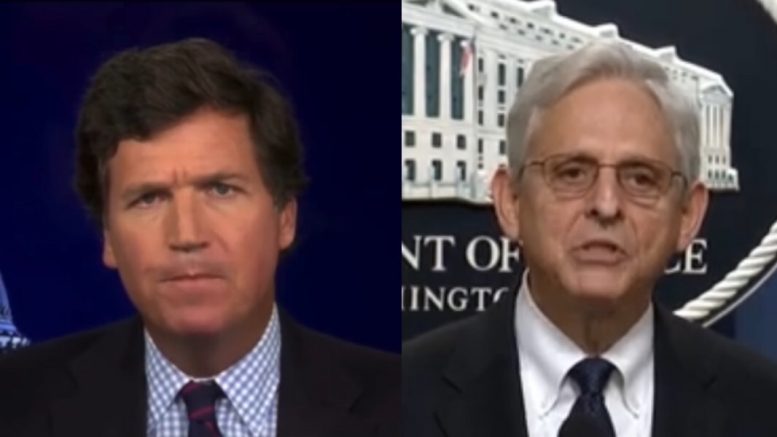 Fox News’ Tucker Carlson announced Monday evening on his show that his team obtained subpoenas from the Department of Justice that were issued within the past week to his show and Trump allies for their personal communications.

“This show has obtained a subpoena from Merrick Garland’s DOJ issued in the past week. And what it demands is both unlawful and without precedent in American history,” he revealed.

Tucker Carlson said the subpoenas issued by the DOJ are to investigate “any claim that the Vice President and/or the President of the Senate had the authority to reject or choose not to count presidential electors.”

He argued any claim made by electors or elections is protected under the First Amendment.

Carlson noted, however, that “nobody prosecuted leading Democrats in 2016 when they sought to reject electors for Donald Trump. Right. It’s why none of those people including Kamala Harris is now in jail.”

The DOJ has also subpoenaed former senior White House official Stephen Miller for calling for the court to cede electors if ordered to do so, according to The New York Times.

The Fox News host said the DOJ is targeting his show and several Republican leaders to silence their political opponents for asking questions about elections.

“So what is this about? It can’t possibly be about January 6, the fake insurrection, the only insurrection in history with no guns. The insurrection in which the only person shot to death was a Trump supporter. No. The point of this is to suppress political dissent. To hobble an entire political party and to keep any of these people from ever participating in American politics again. And by the way, the cost to each one of these individuals or to any person at whose house the FBI shows up is enormous,” he said.