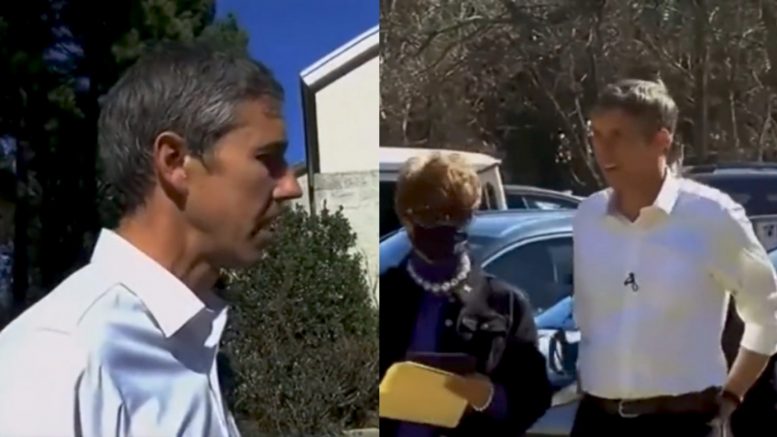 Texas Democrat gubernatorial candidate Beto O’Rourke now claims that he’s “not interested in taking anything from anyone,” when it comes to guns and instead wants to “defend the Second Amendment, which contradicts his stance when campaigning for president a little over two years ago.

“Hell yes, we are going to take your AR-15,” Beto said in a presidential debate in September of 2019.

Fast-forward to February of 2022, and the Texas Democrat appears to have flip-flopped on his rhetoric.

Pressed over his 2019 controversial remarks on guns, Beto told reporters, “I’m not interested in taking anything from anyone. What I want to make sure we do is defend the Second Amendment.”

“I want to make sure we protect our fellow Texans far better than we’re doing right now and that we listen to law enforcement, which Greg Abbott refused to do,” said O’Rourke, citing the permitless carrying bill into law, which eliminates the requirement for Texas residents to obtain a license to carry handguns if they’re not prohibited by state or federal law from possessing a gun. Video Below

Texas gubernatorial candidate Robert Francis O’Rourke, who said in Presidential debate that "hell yes, we're going to take your AR-15," now says “I’m not interested in taking anything from anyone. What I want to make sure that we do is defend the Second Amendment.” pic.twitter.com/hKWGNbeVLN