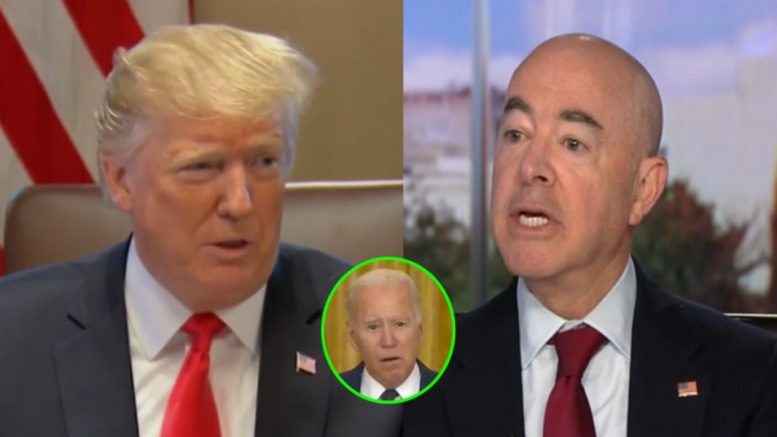 45th President Donald J. Trump reacted in an email statement on Tuesday in response to a Feb. 7 Department of Homeland Security bulletin, warning of “false or misleading narratives and conspiracy theories” online regarding COVID policies and election fraud.

As reported by the Department of Homeland Security:

The United States remains in a heightened threat environment fueled by several factors, including an online environment filled with false or misleading narratives and conspiracy theories, and other forms of mis- dis- and mal-information (MDM) introduced and/or amplified by foreign and domestic threat actors.

These threat actors seek to exacerbate societal friction to sow discord and undermine public trust in government institutions to encourage unrest, which could potentially inspire acts of violence. Mass casualty attacks and other acts of targeted violence conducted by lone offenders and small groups acting in furtherance of ideological beliefs and/or personal grievances pose an ongoing threat to the nation.

DHS also claimed a “key factor” that has caused “the current heightened threat environment” is “the proliferation of false or misleading narratives, which sow discord or undermine public trust in U.S. government institutions. For example, there is widespread online proliferation of false or misleading narratives regarding unsubstantiated widespread election fraud and COVID-19. Grievances associated with these themes inspired violent extremist attacks during 2021.” Continued Below

In an email statement on Tuesday, the 45th President fired back at the Biden Administration with a series of questions and suggested, “They are so desperate to hide the truth, they’ll make it criminal to speak it!”

“The Biden Administration now says ‘conspiracy theories’ about elections are the greatest threat to the homeland. Does the Department of Homeland Security include in its list of conspiracy theories the on tape irrefutable evidence of massive ‘Ballot Harvesting’ in the Swing States?” Trump asked.

“Do they include more votes than voters, and the fact that in Georgia thousands of duplicate votes were scanned and voter fraud was committed with 100-0 falsified vote counts for Joe Biden? Do they include in Wisconsin more than twice the election margin voted without ever showing Voter ID, which is illegal, or the widespread fraud uncovered in nursing homes?” the former president wondered. Continued Below

“Or how 23,344 mail-in ballots were counted, despite the person no longer living at that address in Arizona, and that there was over 100% turnout for mail-in ballots in precincts in Pima County. What about the many violations of the Constitution, and the millions poured into Swing States by the Facebook CEO to hijack our elections?” Trump questioned.

“The Biden Administration will do anything to keep the eye away from the massive irregularities and voter fraud that took place in the 2020 Presidential Election, even so ridiculously as going after its own citizens as ‘terrorists’ using DHS, which should instead be focusing on the Border, where millions of people, from places unknown, are pouring into our Country. They are so desperate to hide the truth, they’ll make it criminal to speak it!” he proclaimed in his statement.

“The Biden Administration now says “conspiracy theories” about elections are the greatest threat to the homeland. Does the Department of Homeland Security include in its list of conspiracy theories the on tape irrefutable evidence of massive… pic.twitter.com/iVcpA7yEMU

Screenshots of the DHS bulletin; The full statement can be read HERE. 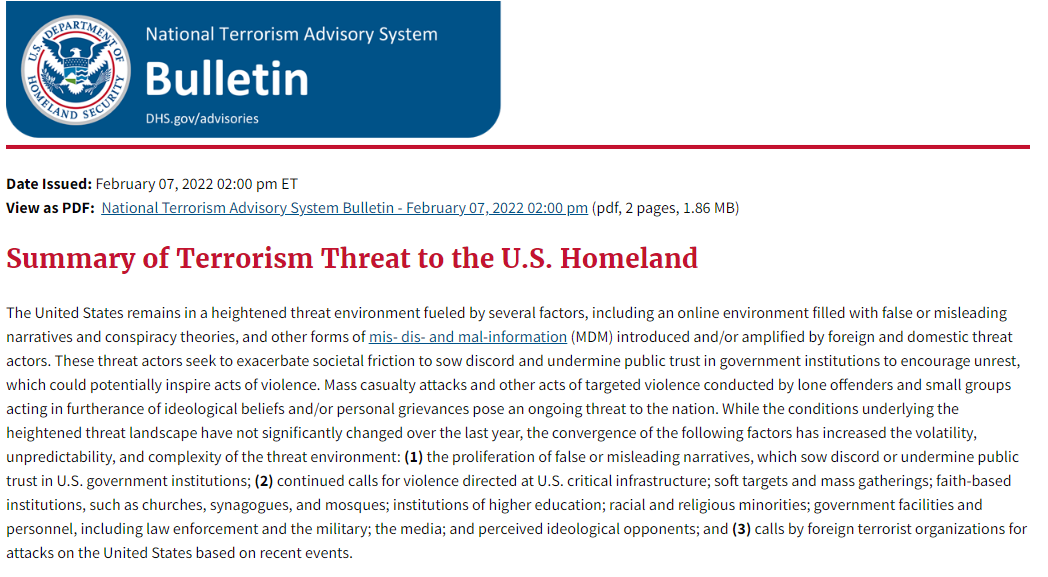 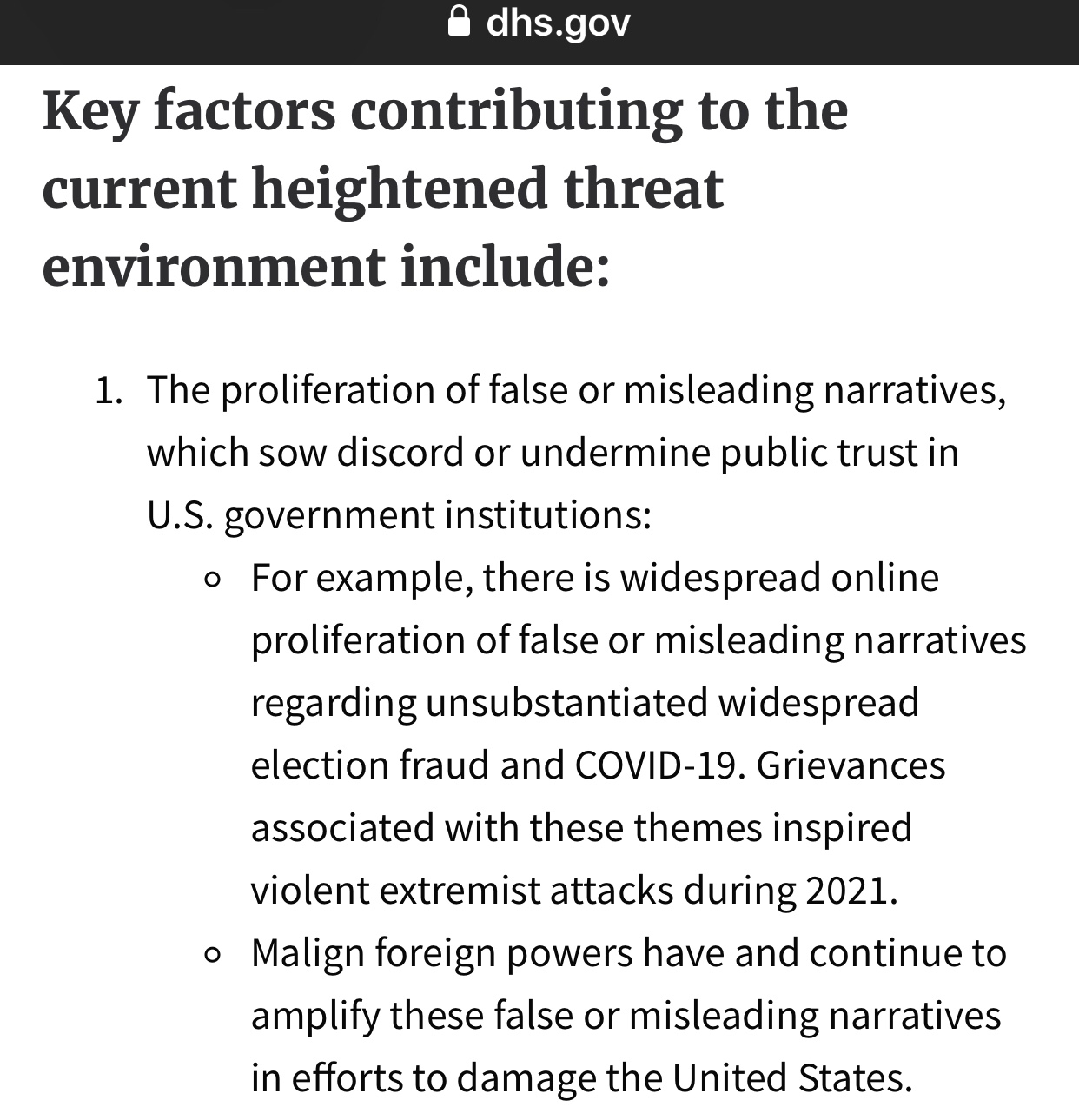