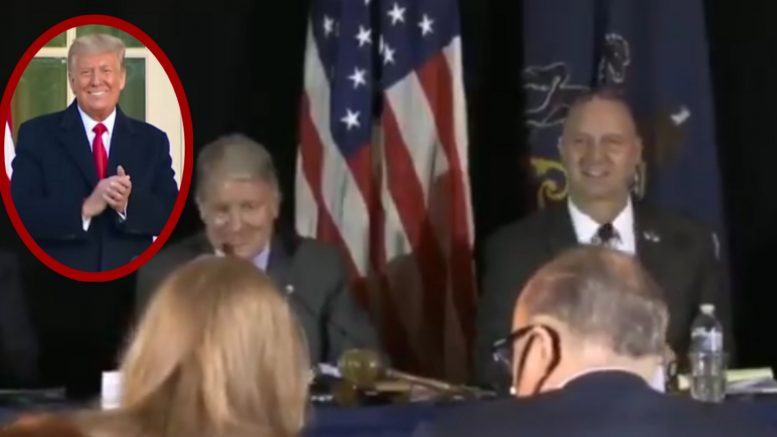 President Donald Trump delivered a surprise speech from his phone during a public hearing held by Pennsylvania’s state legislature on Wednesday.

At the time of the phone call, Pennsylvania’s legislature was in the process of conducting a hearing in Gettysburg, PA to “provide confidence that all of the legal votes have beem counted and the illegal votes have not been counted in the November 3rd election,” where President Trump’s personal attorney Rudy Giuliani presented evidence of alleged mass voter fraud.

Prior to his surprised call, Trump tweeted, “I will be speaking before a very important Pennsylvania State Senate hearing which is in process now. Talking about the massive voter fraud which took place in the 2020 Election!”

Here is the President’s full speech:

Former NFL Player Mark Campbell On His Battle With COVID-19: Hydroxychloroquine ‘Worked Great For Me”