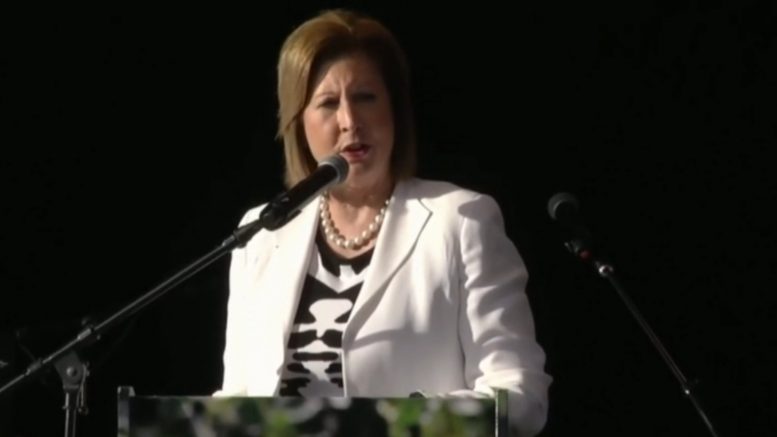 A website run by the non-profit organization “Defending the Republic”, issued an update and official statement from Sidney Powell after the high-profile attorney filed an appeal to reverse sanctions imposed on her and other attorneys in Michigan.

The transcribed statement posted to DefendingTheRepublic.org, which was founded by Ms. Powell, can be seen below along with a link to the official appeal.

As posted to Defending the Republic:

Today, Sidney Powell filed an appeal to reverse the sanctions imposed upon her and her several co-counsel by the District Court in the Eastern District of Michigan.

The District Court sanctioned Ms. Powell and all co-counsel and local counsel for challenging the results of the 2020 election in the state of Michigan through a complaint supported by hundreds of pages of sworn testimony, witness statements and expert reports. In this appeal, Ms. Powell explains how the District Court abused its discretion in awarding sanctions to punish a complaint the District Court simply disliked and reached this deeply flawed decision through an equally flawed process. Through these sanctions including a referral to bar associations for discipline, Judge Parker set a new and impossible standard for filing pleadings in federal court. The court’s novel and impossible standard ignores decades of precedent in federal practice and procedure. The brief also requests oral argument on this unprecedented ruling that threatens the livelihoods of lawyers long in good-standing in their law practices. Briefs of Amicus are due February 14th. Continued Below

“Today, I filed an appeal to the Sixth Circuit, seeking to reverse the egregious sanctions imposed upon me and co-counsel for filing a lawsuit which—although not required by federal practice—appended hundreds of pages of sworn testimony and expert reports.

The right of attorneys to file a good faith complaint seeking redress of grievances without fear of judicial reprisal is crucial to the Rule of Law and protected by the “right to petition” clause of the First Amendment. The brief demonstrates to the Sixth Circuit how the District Court erred in imposing sanctions on attorneys for failing to meet a new, false pleading standard created by the District Court which stands contrary to centuries of civil procedure, the heart of our democratic process, and the First Amendment. Every lawyer can be subject to sanctions at the whim of a federal judge were this ruling allowed to stand.”

CO State Rep. Ron Hanks Shreds Biden In An Open Letter: “You Are A Fraudulently Installed Agent Under The Influence Of A Foreign Power”