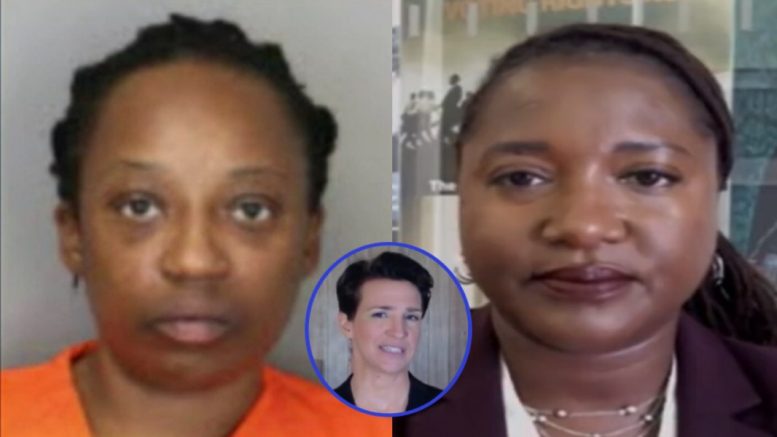 The founder of the Black Lives Matter chapter in Memphis has been sentenced to prison for six years for illegally registering to vote In Tennessee while serving probation, according to prosecutors.

Pamela Moses, the 44-year-old activist, was ordered to spend six years and one day behind bars Monday for registering to vote despite felony convictions in 2015 that made her ineligible to do so, Shelby County District Attorney General. Amy Weirich said, New York Post reported.

Criminal Court Judge W. Mark Ward told the founder of the Black Lives Matter chapter in Memphis, Pamela Moses, on Monday, “You tricked the probation department into giving you documents saying you were off probation”.

Moses pleaded guilty in 2015 to felonies including tampering with evidence and forgery, as well as misdemeanor charges of perjury, stalking, theft under $500, and escape. She was ineligible to vote in Tennessee due to her tampering with evidence charge and was currently serving seven years of probation. Fox 13 Memphis reported that Moses has 16 prior felony convictions and committed the voting offense while on probation.

Moses claimed that she was under the impression that her voting rights had been restored when she went to vote in 2019. “I did not falsify anything. All I did was try to get my rights to vote back the way the people at the election commission told me and the way the clerk did,” she said at the hearing.

However, the officials who signed off on the application admitted they made an error when they said her probation was over, the Washington Post reported. Continued Below

Moses founded the local BLM chapter in Memphis. She also ran for mayor in Memphis in 2019, but learned she could not be on the ballot due to her serving probation.

She will now serve six years and one day in prison, but her lawyer, Bede Anyanwu, said Moses plans to appeal the sentencing.

Meanwhile on MSNBC, Janai Nelson, associate director-counsel of the NAACP Legal Defense Fund, told Rachel Maddow in part of Moses’ conviction, “It points to everything that is wrong in our democracy. It’s a confluence of racial discrimination and voter suppression. And we have to ask the question: why do we have laws that prohibit people with felony convictions from voting in the first place?” Continued Below

“This case is emblematic of all the reasons we need to do away with those arcane and draconian laws that ultimately disenfranchise 5.2 Americans,” Nelson opined. “And Black Americans in particular, are disenfranchised at a rate of four times than every other race combined.”

Pamela Moses, a Black woman, has been sentenced to six years in prison because of a voting error. Meanwhile, white individuals who are known to have committed blatant voter fraud have only received probation.

There are two criminal justice systems in America. pic.twitter.com/o4UqowdpbF

Related: Trump Issues A Statement On New Movie Trailer ‘That Shows The World Exactly How The 2020 Presidential Election Was Rigged & Stolen’)