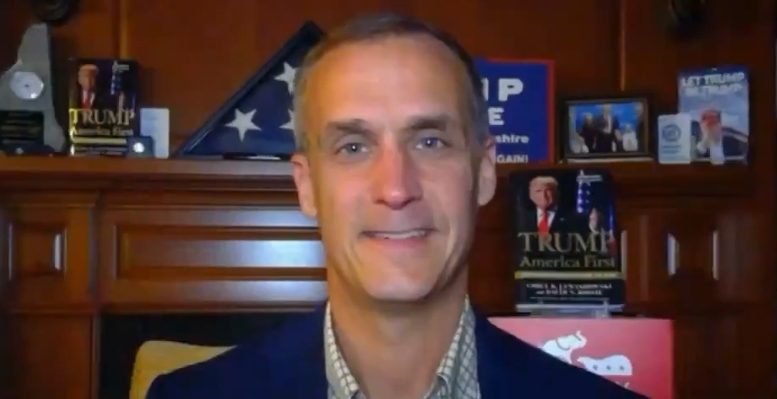 As the Trump campaign appears to be preparing a full-fledged battle in the courts, Corey Lewandowski thinks the presidential race is “far from over.” And he is confident that after everything shakes out, President Trump will be “victorious.”

Corey gave the assessment while updating Fox Business host Lou Dobbs on the status of the Trump campaign’s legal battle on the ground.

“The fight continues in Pennsylvania,” Lewandowski said after mentioning an alleged “hit list” that was discovered in Philadelphia with his name and the names of other Republicans on it, which is suspected of being used to deny legal access to polling locations.

He retweeted the referenced list earlier on Tuesday, as seen here:

Look at this. I was DENIED access even with a court order. What are they hiding in Philly. Election Fraud. https://t.co/YYUMclEp9Y

“We know for sure that ballots that were supposed to be segregated out after they came in on Election Day — on Tuesday after 8 PM in Pennsylvania — were not segregated out. Those ballots should not count,” he declared. “As a matter of fact, Justice Alito required those [ballots] be segregated out, and now they’re counting them, but they’ve never been segregated.”

In It To Win It: @CLewandowski_ says the Presidential race is far from over, and @realDonaldTrump will be victorious when the legal challenges are over #MAGA #AmericaFirst #Dobbs pic.twitter.com/QB04nZdqht