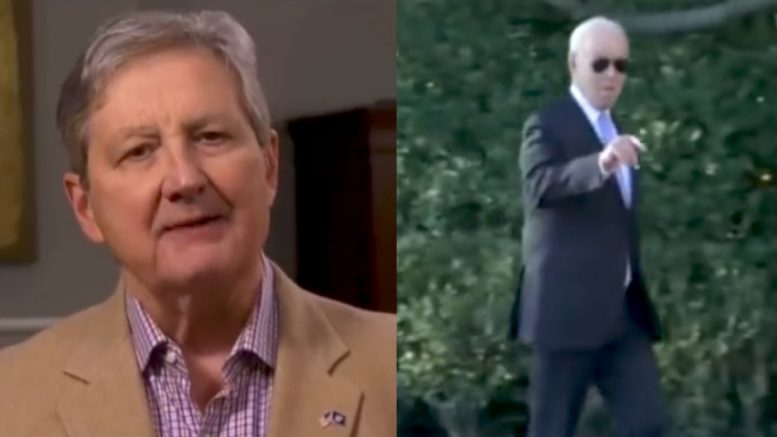 “Getting rid of the 60-vote threshold in the Senate, in my judgement, would be like giving whiskey and car keys to a teenage boy,” Sen. John Kennedy said while analyzing Joe Biden’s push to get rid of the filibuster in the Senate, which allows lawmakers to block legislation through unlimited debate unless 60 members move to a vote.

Biden along with other prominent Democrats, including Bill Clinton and Barack Obama, have recently been pressuring all senators in their party to vote in favor of removing the 60-vote procedural rule to pass major voting rights reforms with a simple majority.

Related Article: Video Resurfaces of Sen. Schumer Claiming Nixing the Filibuster Would Be a ‘Doomsday for Democracy’

“If aliens landed tomorrow and said ‘Take me to your leader,’ it would be embarrassing,” proclaimed Sen. Kennedy.

.@SenJohnKennedy says ending the filibuster is like giving a teenager a bottle of whiskey and the keys to the car. If aliens landed tomorrow and said “take me to your leader“ it would be embarrassing. pic.twitter.com/JkyEXXDsp1