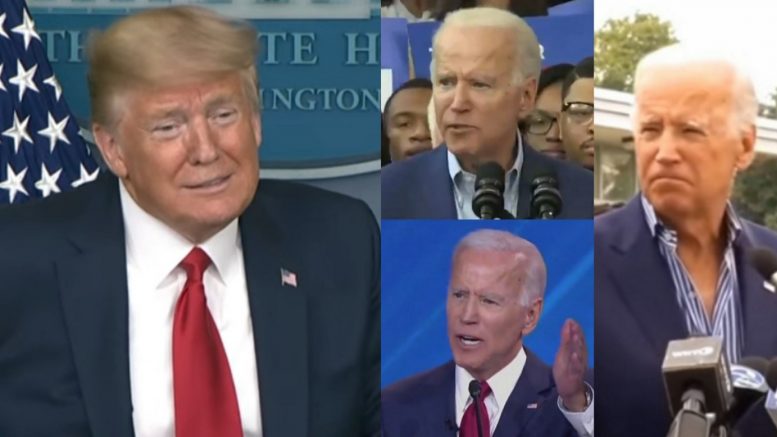 President Donald J. Trump posted a series of videos showing former Vice President Joe Biden reminiscing on his experience with children while serving as a life guard at a public pool that was named after him, as well as some of the flubs Biden has made while campaigning.

Remarks seen in one of the videos came during a June 2017 speech at a pool in Wilmington, DE, that was renamed the Joseph R. Biden Jr. Aquatic Center in honor of his connection to the pool.

In the clip of his speech, Biden says, “And by the way, you know, I sit on the stand and it get hot — I got hairy legs that turned…blonde in the sun.”

“And the kids used to come up and reach in the pool and rub my leg down…and watch the hair come back up again,” the former VP added.

We leave you with those: