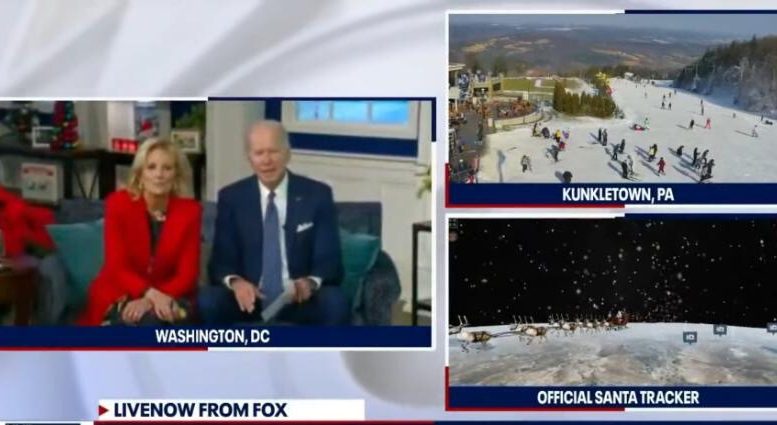 79-year-old Joe Biden and his wife, Jill, took phone calls from the NORAD Santa tracking program on Christmas Eve, and a father ended a call to the Biden’s with, “Let’s go, Brandon.”

“Let’s go, Brandon” has instantly soared into a trending national catch-phrase after an NBC reporter went into damage-control mode as “F**k Joe Biden!” chants erupted on live TV at a NASCAR event in October.

“I hope you guys have a wonderful Christmas as well, and Let’s go, Brandon”, a father (Jerry) told the Bidens before he hung up.

The national trend started after Brandon Brown was being interviewed on NBC in October after becoming the second NASCAR driver to earn his first national series victory with a win in the Xfinity Series race at Talladega Superspeedway.

Spectators could be heard chanting “F**k Joe Biden!” loud and clear in the background. The reporter, however, suggested the fans were yelling “Let’s go, Brandon!” which obviously wasn’t the case.