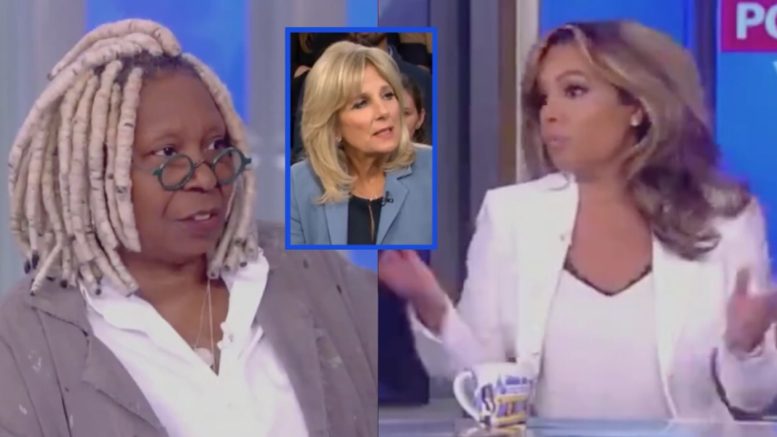 “[Be]cause you know, she’s a hell of a doctor,” she insisted. “She’s an amazing doctor.”

Co-host Joy Behar interjected to say, “I thought she was a doctor in Ph.D.”.

Goldberg then backtracked to say, “I could be wrong”, which prompted co-host Sunny Hostin to correct her colleague. “She’s a teacher, but you know, might be good for Besty Devos’ post,” Hostin said. (Continued Below)

Dr. Jill Biden received her doctoral degree in education leadership from the University of Delaware in 2007. Although her husband’s health has become a topic of discussion in 2020, the former second lady does not have experience working as a physician, reported Fox News.

Biden earned two master’s degrees, from Villanova University and West Chester University. She went on to teach for three years at Claymont High School, and then at Delaware Technical and Community College, according to Biography.

Biden has been a professor of English at Northern Virginia Community College since 2009, the same year that her husband was sworn in as vice president of the United States after the 2008 presidential win of Barack Obama, as noted at Biography. (Video Below)

.@WhoopiGoldberg calls @DrBiden a "hell of a doctor"

Whoopi wants her to be Surgeon General.

Biden has a doctorate in education. pic.twitter.com/7FzSyKGSta