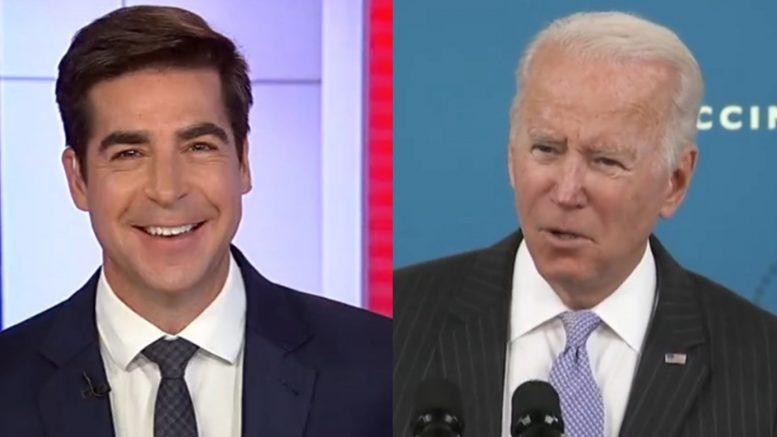 Fox News host Jesse Watters issued a reality check for Joe Biden on Saturday after Biden blamed weak performance by Democrats in state elections, most recently in Virginia, on “confusion” by the American people.

“Republican Glenn Youngkin’s win in Virginia’s governor race and the tighter than expected results in New Jersey’s governor race have Democrats rethinking their pitch to voters for 2022, and energizing Republicans in their goal to take back the House and Senate,” according to CBS News. “Republicans also made history by electing Winsome Sears as Virginia’s first Black woman lieutenant governor, and Jason Miyares as the first Latino attorney general.”

The party is also on track to tie or take the majority in Virginia’s House of Delegates, the Associated Press reported.

Asked by a reporter if his policies are behind trending Democrat losses, Biden replied, “I just think people are at a point — and it’s understandable — where there’s a whole lot of confusion.”

In response, Watters stated as follows on his Saturday night program:

We’re not confused. The American people aren’t stupid. We know exactly what’s going on and we don’t like it. Biden’s agenda isn’t our agenda. We want lower prices, cheaper gas, stronger borders. But Biden keeps serving us vax mandates and places to plug in our electric cars. We don’t even drive electric cars! Here was the key in Virginia. The left started a critical race theory culture war and they lost. Video Below

The Democrat Party is at a crossroad. Do they die on the woke hill or retreat to fight another day? #WattersWords pic.twitter.com/zlTl5ItaMp