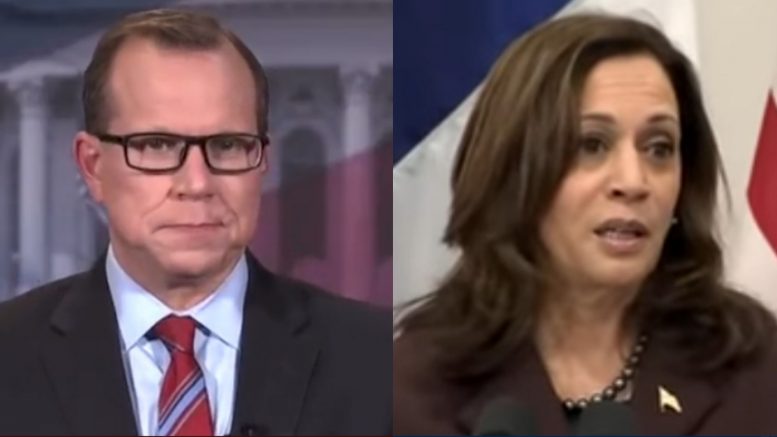 Fox News’ Capitol Hill correspondent Chad Pergram reported on Tuesday that his D.C. insiders are speculating Congress could be on the verge of starting the confirmation process of a new Vice President.

The rumor comes in wake “devastating hit pieces” against Harris unleashed by “lefty reporters at CNN, Politico and the Washington Post” as Kamala’s approval rating continues to sink to new lows.

I got a message from someone who knows Capitol Hill very well and they suggested I should familiarize myself with the process to confirm a vacancy for the Vice President in the Senate and in the House.

To be clear this is not something… to say that something is afoot here. I always do my homework, especially about process. Vice President Nelson Rockefeller, who served under President Ford, was the last Vice President confirmed by Congress. The Senate and House must confirm a Vice President. Video Below

.@ChadPergram tells @JesseBWatters he’s hearing whispers there could be some high profile confirmation hearings in the house of representatives. The house usually don’t confirm nominees but it does for the Vice President. pic.twitter.com/5HhmAq3iiy

Watters Blasts Biden over the ‘Hostage Crisis’ in Afghanistan: “You Can Only Hide Incompetence for So Long’