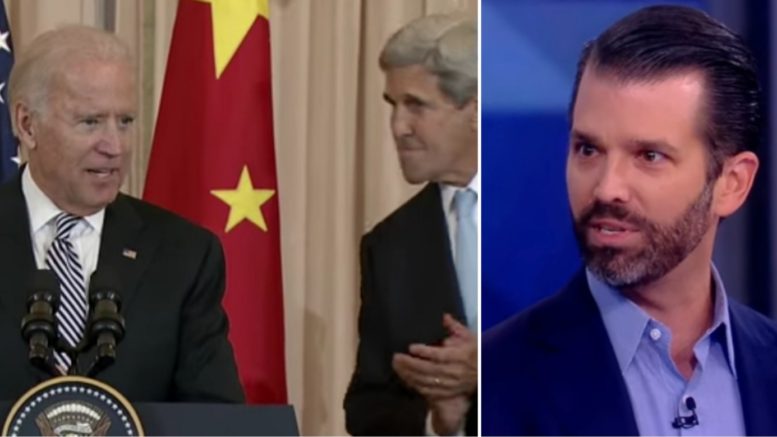 The Democrats impeachment efforts against President Trump are looking more and more tainted as a report by The Washington Examiner highlights a peculiar new angle to the alleged whistleblower whose complaint helped spark the impeachment fever.

The Examiner reported: “Eric Ciaramella, the alleged Ukraine whistleblower, was a guest of Vice President Joe Biden at a glitzy lunch in October 2016 to honor the prime minister of Italy.”

“Biden co-hosted the banquet with former Secretary of State John Kerry for then-Italian Prime Minister Matteo Renzi,” according to The Washington Examiner. “Ciaramella, who is of Italian heritage, was among the U.S. officials who accepted an invitation.”

As reported by RealClearInvestigations, 33-year-old Ciaramella is a registered Democrat who began working at the White House during the Obama administration. He previously worked with former Vice President Joe Biden and former CIA Director John Brennan.

He reportedly left the National Security Council in 2017 over concerns about negative leaks to the media, which he then returned to the CIA.

Donald Trump Jr. responded on Twitter upon learning of Ciaramella being Biden’s guest at the “glitzy” State Department lunch. See Below

“Wow, after three years of this deep state attack on @realDonaldTrump who could’ve possibly thought that the phony “whistleblower” and Biden were actually really close. I’m so shocked!!!”🙄 SAID NO ONE EVER!” Don Jr. said in his reaction to the article.

His retweet of Examiner’s article comes just one day after The View’s host Sunny Hostin told Don Jr. that he may have committed a “federal crime”, because he tweeted an article that Drudge Report advertised from Real Clear Politics about the alleged whistleblower. You can read more on that by CLICKING HERE. See Below

“Wow, after three years of this deep state attack on @realDonaldTrump who could’ve possibly thought that the phony “whistleblower” and Biden were actually really close. I’m so shocked!!!”🙄 SAID NO ONE EVER! https://t.co/k8pItqfmzk