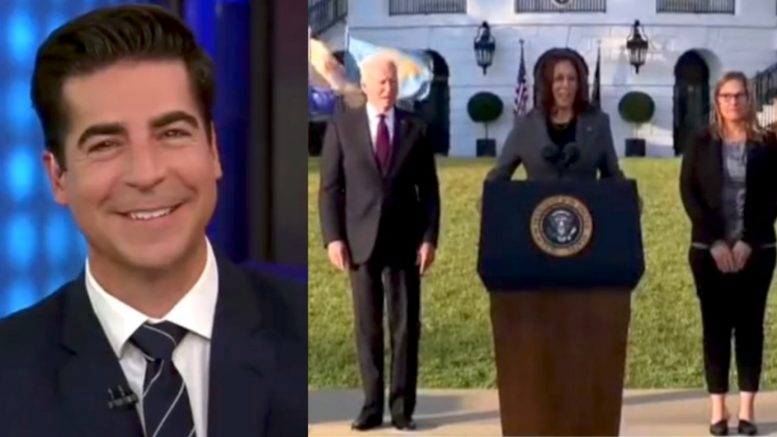 “It’s so embarrassing,” Fox News host Jesse Watters said as he chuckled at a video showing Kamala Harris being introduced with the wrong name at a signing ceremony held at the White House on Monday.

Related Article: Judge Jeanine Slams Kamala Harris: “What’s with the Stupid Giggle? Are You Laughing at Us?”

“Harris exited the White House with Biden on one side and ironworkers union organizer Heather Kurtenbach on the other as the president prepared to sign his $1.3 trillion infrastructure bill,” according to Breitbart.

Jesse Watters rolled video of the “embarrassing” moment after summarizing “devastating hit pieces” against Harris by “lefty reporters at CNN, Politico and the Washington Post.”

.@JesseBWatters says many say the Biden team is annoyed with Kamala‘s awkward laughing outburst. A lot of them in the White House doesn’t believe she has what it takes to be President or Vice President for that matter. pic.twitter.com/JHh0hJ8vqp