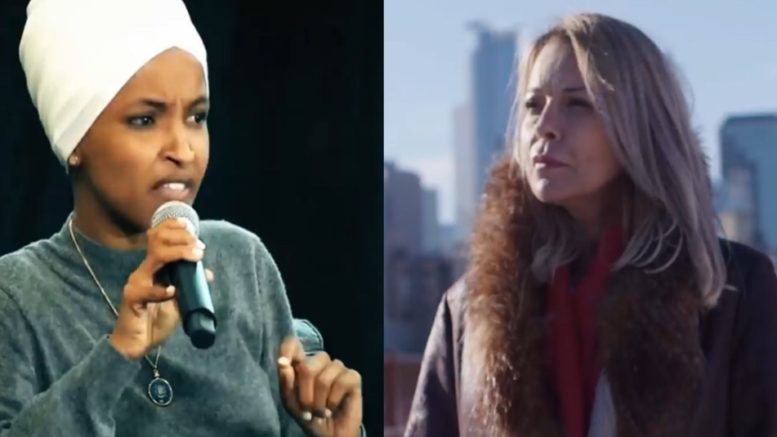 Dalia said she wants to run because “Ilhan Omar is doing reputable harm”, adding “not only to her district, not only to state, [but] to the whole country.”

“As an American citizen, my duty is to defend my country,” Dalia al-Aqidi told Fox & Friends. “My duty is to stand up to her hatred and racism that she’s spreading within her community, within the country and even worldwide.”

“I have questions for Ilhan Omar that need to be answered. [She] is harming every American with her hatred, her standing against what we believe in, against our own Constitution,” she said.

al Aqidi said that she believes in “building bridges”, expressing that “We are not enemies. We are all Americans. We can fight together and we can discuss issues together. [Ilhan Omar] needs to work for her constituents. She needs to represent them. She doesn’t care about her district. She’s done nothing for her district. All she’s done is harm her district, harm her followers– so many now are looking for someone else, and I’m here to say, ‘You know what? We Americans are not divided. We all love our country, and let’s not take your hate [for] Trump against America.'”

Asked what does America mean to her, Dalia al-Aqidi replied, “America is my dream. I came to the U.S. more than 25 years ago. So basically, I’m not a refugee anymore. I’m not an Iraqi anymore. I am an American, period. … America for me is my country. America opened the doors for me. I came as a young adult and I became an international journalist. I’ve been to war zones. … I know what division does to a country. I will never let it happen in this country. (Continued Below)

Dalia al-Aqidi also released a campaign video, which is going viral on Twitter.

“I’ve come a long way from when I started. When I was a girl, my mother and I fled our home. We escaped a country without freedom– ruled by a brutal dictator. …We ran far to the United States of America. A nation where you have the courage to stand up to tyrants, to nurture human freedom and foster opportunity. I’ve gone from refugee to journalist, from war zones to the White House. I’ve gone from a frightened girl, to a determined fighter against oppression,” she said in her campaign video.

“In our own Congress, agents of anger and discord are tearing at America from within,” Dalia said. “Like Ilhan Omar, we might seem alike. We’re both Muslims, women, both refugees. But we couldn’t be further apart. She spends her time in Congress sowing seeds of division, actively supporting our enemies.” (Continued Below)

“Where President Trump ended the murders of the reign of Qassem Soleimani, a vicious terrorist, Ilhan Omar was outraged, attacking the president, defended the terrorist, driving us further and further apart,” Dalia continued in her campaign ad. “She claims to speak for all Muslims, but she does not speak for me. As an American born in Iraq, it’s personal to me. I was so proud, my country, my president removed such evil from the world.”

“When I became an American citizen, I took an oath to support and defend the Constitution against all enemies foreign and domestic. That’s why I’m running for Congress. My name is Dalia al-Aqidi. I’ve seen up close the consequences of what Ilham Omar is doing– conflict, division, oppression. I escaped that world once, and I will not let it happen here. I’m running because we aren’t as far apart as she wants us to be. I’m running to bring us closer together,” she concluded. [Emphasis added].

Dan Bongino tweeted Dalia al-Aqidi’s campaign ad, expressing that the video is “absolute fire”, and “Ilhan Omar better get ready for a fight”. (Video Below)