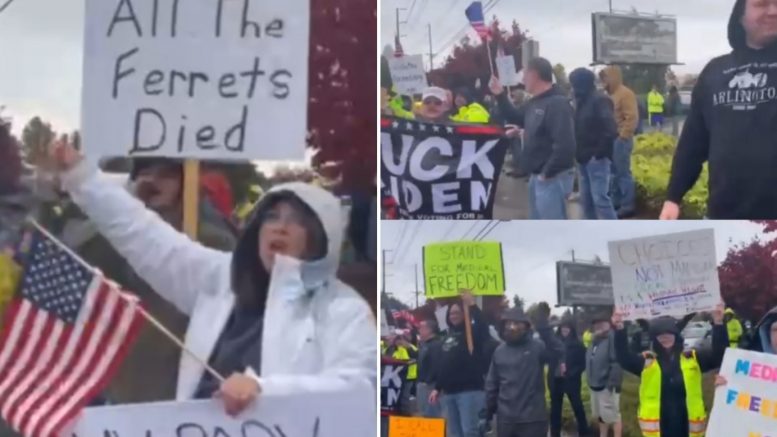 “Freedom!” other demonstrators yelled as the camera panned across the area where they were protesting.

Boeing said on Tuesday it will require its 125,000 U.S. employees to be vaccinated by Dec. 8 under an executive order issued by President Joe Biden for federal contractors.

As the pandemic has continued to rage, Biden announced the requirement in September because a large swath of Americans have resisted vaccination even though the shots are free, widely available and declared safe by regulators.

“It’s my choice and it’s my body,” one avionics engineer said, his voice nearly drowned out by anti-Biden chants and trucks honking to show support along the busy street outside Boeing’s factory in Everett, north of Seattle.

Man Who Got Shot In CHAZ Hints At Legal Action Against Police: “Cops Left Me Out There To Die”

Travis Tritt Appears on Tucker & Explains Why He Cancelled Concerts at Venues with C0VID Rules: ‘This Is about Something Else’