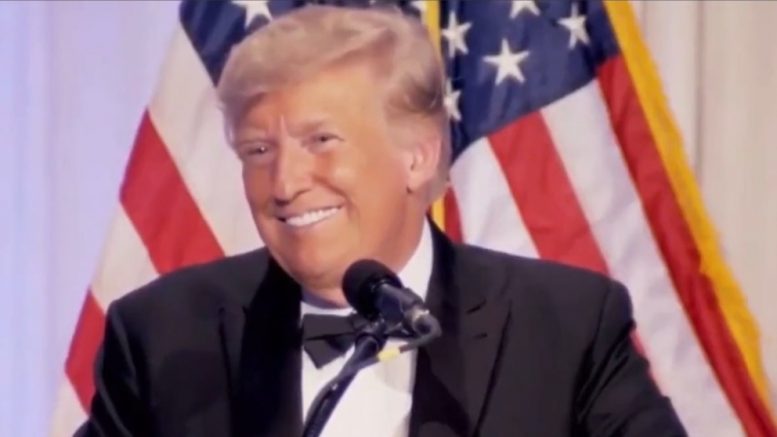 Former President Donald Trump weighed in on the “Let’s Go Brandon” catch-phrase that has trended into a commonly used expression in place of “F**k Joe Biden.”

Speaking at a recent event, Trump commented on the origins of “Let’s Go Brandon” after the crowd chanted the phrase.

“I still haven’t figured out — was that young, attractive female reporter — was she trying to cover up or was she being nice?” Trump questioned. “Did she not understand what was happening? She works for NBC, so it’s about 94% sure that she knew exactly what she was doing.”

VA Mom Who Voted for Biden Indicates Why She’s Voting Against McAuliffe: ‘Terry Wants to Silence the Voices of Parents’