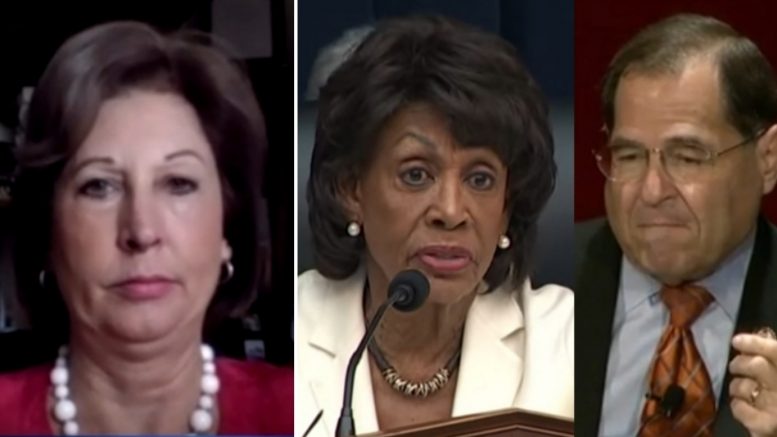 Sidney Powell claimed on Tuesday that Democrat leaders such as Reps. Jerry Nadler and Maxine Waters have known about alleged concerted efforts by members of the government to “rig” elections in the United States for over ten years.

The high-profile attorney made the bold accusation while appearing for an interview on the Stew Peters Show.

Discussing recently uncovered patents that she alleges involve the Defense Department and are tied to the capability of manipulating elections with algorithms, Ms. Powell stated as follows:

One of the things that Democrats and particularly that little global elitist power group does is they tell exactly what they’re going to do. It’s conspiracy and fraud just flat-out in front of your eyes and that’s what I felt also when I saw these patents. I went ‘Holy Cow, they’re doing this in plain sight.’ That’s how strong and controlled their power is, which is why this is such a huge fight.

And we also have Democrats like Jerry Nadler and Maxine Waters questioning a witness who was telling them the truth about how all of this works ten years ago or more.

They know. They have known key groups of the intelligence community in the government are part of it. And there is essentially this group that has been controlling our elections at different levels, at different places for twenty years or more, contrary to the will of the voters. Video Below

Scroll Below To See More!

Here is a video that Sidney Powell was referring to that shows Reps. Nadler and Waters questioning a computer programmer who testified that he was hired by a member of Congress to rig elections: