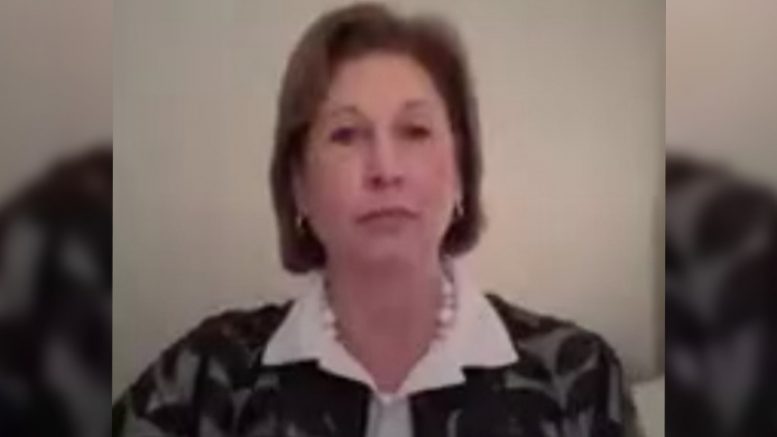 Appearing for an interview with Brannon Howse, Sidney Powell publicly alleged that the government patented an algorithm that allows one “predetermine the results of an election.”

The patent, according to Ms. Powell, was likely reserved by the Department of Defense, and then given to a university in New Jersey, which Sidney calls an “international think shop.”

Documentation of the patents described by Ms. Powell in the interview were briefly uploaded to her Defending The Republic website, but were no longer publicly available at the time this article was written.

Sidney Powell: “I think it was the Defense Department. We’re gonna load the patents up online so everybody can go look at them. It’s very informative. And by the way, the patents that were held by Mr. Poulos, who is now with Dominion — he was getting patents on election technology back in 2005 when Smartmatic owned and bough Sequoia and then Sequoia was divested supposedly by the [Eric] Holder Department of Justice. But it wasn’t a real divestiture because Mr. Poulos and some other people in Sequoia bought it themselves and then they bought it from Dominion a bit later and Mr. Poulos, of course, is still with Dominion. So since 2005, a core group of three or four people have owned all of the patent technology that goes into what we are seeing today with Dominion.”

Related Article: Sidney Powell: ‘We Don’t Know Who Is in Elected Office Right Now… That Is Actually Supposed to Be There’

Brannon Howse: “And what did that patent technology allow them to do?”

Sidney Powell: “It allows them to change votes — to change votes in batches. The adjudication process allows that. They can real-time monitor an election. There’s access to it from any number of places, wherever the head of security at Dominion or Mr. Coomer previously would want to give anyone access. It would be very possible to do that… It’s really stunning.” Video Below