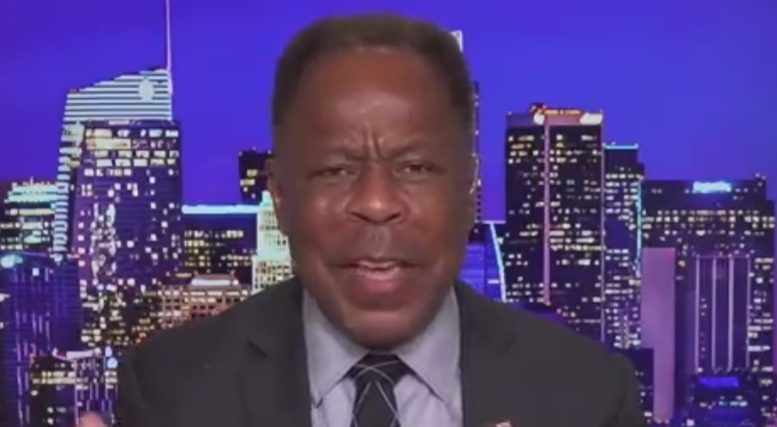 “The bottom line is [Democrats] use Blacks, they exploit Blacks,” asserted Fox News contributor Leo Terrell while responding to the ongoing battle to ease voting laws.

Democrats, including Joe Biden, have long argued that minority turnout in elections is lower than it should be due to voting laws they claim are aimed at suppressing minority communities from voting in U.S. elections, which Mr. Terrell says is downright false.

“They had the highest voting turnout in 2020, and they’re claiming somehow we can’t vote” Leo said as he cited data showing increased Black, Hispanic and Asian turnout in recent elections.
“I have never been denied, prohibited from voting!”

“But it’s the race card,” he continued. “And the Democrats will never, ever give up the race card because that’s what they use to divide this country. Joe Biden doubled down on it. He’s going to continue it because that’s the only card they can play. They should burn that race card!”

“The Democrats will never give up the race card, because that’s what they use to divide this country” @TheLeoTerrell sounds off on the Democrat’s logic that Black voters are oppressed. @dbongino pic.twitter.com/00K5EcWOnZ