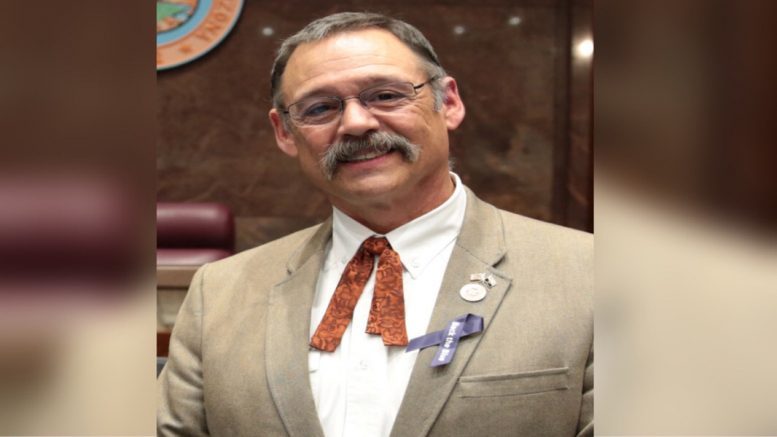 Arizona State Representative Mark Finchem (R), who is running for Arizona secretary of state, is calling on the Arizona legislature to begin an forensic audit for Pima County, Arizona over the 2020 general election.

Pima County is a county in the south central region of the U.S. state of Arizona. As of the 2010 census, the population was 980,263, making it Arizona’s second-most populous county. The county seat is Tucson, where most of the population is centered, Wikipedia reported.

“Based upon a report made to the U.S. Department of Justice and the Legislature (November 2020) alleging that 35,000 fictitious votes had been inserted into the Pima County general election, and based upon additional investigation of the ballot equation files sent to the vendor that prints, packages and mails mail in-ballots to voters, and based on anomalies found in the reported returned ballots to Pima County Elections Office, I have launched a petition drive to collect 500,000 petition signatures in support of the mission to conduct an audit of the Pima County voter rolls and the election systems,” Finchem said in statement.

“Where there is a probable cause to believe that election discrepancies exist, we must prove or disprove the allegation to maintain the faith of constituents that their vote counts and that their consent to be governed is recognized. Those who seek to maintain power by cheating must be found, and removed from office or appointment,” the Arizona state representative insisted.

Mr. Finchem said a “full audit and canvass of the state’s second largest county is essential for providing confidence in Arizona’s elections and repairing loopholes that allow for fraud”.

“I call on the Arizona Legislature to conduct a forensic audit of Pima County’s 2020 election results,” he urged. Continued Below

The Arizona secretary of state candidate, has also called for the “decertification of the Arizona election” and the “arrest of those involved in tampering with election systems” following Friday’s Arizona State Senate hearing over the Maricopa County forensic audit reports, regarding the 2020 general election, as previously reported by The Freedom Times.

“After hearing the evidence in the Arizona Audit report, I call for decertification of the Arizona election, arrest of those involved in tampering with election systems, and an audit of Pima County as a next step,” Mr. Finchem declared in a tweet on Friday.

On the same day, the former first responder, retired law enforcement officer, rancher, and businessman provided a link to sign the petition to audit the 2020 election in Pima County, Arizona.

Now that the audit of Maricopa is wrapping up, we need to Audit Pima County – the 2nd largest county in AZ. There are 35k votes in question from multiple sources & I want answers. Please sign my petition to get this done. We need 500k signatures.
Sign: https://t.co/dZcOUXoYAG pic.twitter.com/dB64Xrv023

Sen. McConnell: ‘I Cannot & Will Not Support Judge Jackson for a Lifetime Appointment to the Supreme Court’