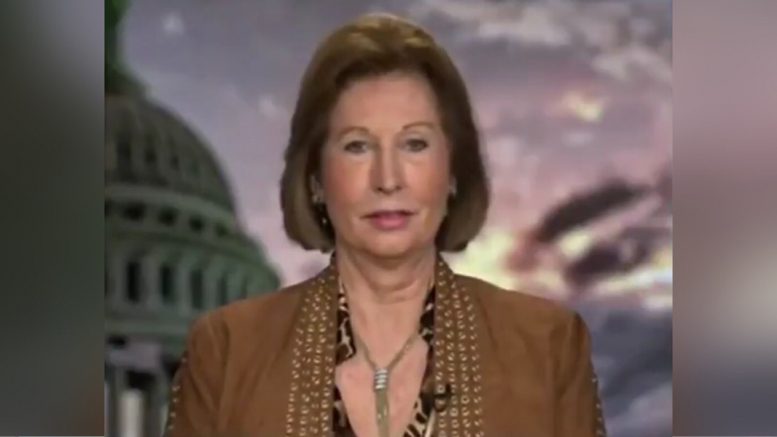 The House select committee investigating the Capitol protest from January 6, 2021 said in press release on Tuesday it had subpoenaed former New York City mayor and Trump attorney Rudy Giuliani for documents and testimony related to his claims of voter fraud over the 2020 election. The committee also subpoenaed attorneys Sidney Powell and Jenna Ellis, as well as Trump 2020 strategic adviser Boris Epshteyn.

Committee chairman Bennie Thompson (D-MS) said the four had “advanced unsupported theories about election fraud, pushed efforts to overturn the election results, or were in direct contact with the former President about attempts to stop the counting of electoral votes.”

On Wednesday, Howard Kleinhenler, counsel to attorney Sidney Powell, issued a statement on her behalf — welcoming the subpoena, so that she can provide the committee with “significant evidence” she has gathered regarding the 2020 election.

“Ms. Powell has received has received the January 6 Committee’s subpoena, and she looks forward to providing the Committee with significant evidence in support of the election fraud statements and claims she presented on behalf of the electors and clients she represented. Those claims are supported by expert reports and affidavits and witnesses that no court took the time to hear. Ms. Powell is a practicing lawyer, and she will comply to the full extent required by law and legal ethics,” Kleinhenler said.

“Ms. Powell looks forward to appearing before the Committee to answer questions, walk through the evidence, and present a full picture of the fraud and other misconduct that took place during the 2020 Election, including the myriad of election fraud allegations only now being examined by state officials in Georgia, Wisconsin, and Pennsylvania,” Powell’s counsel added.

The letter(s) give Sidney Powell, Rudy Giuliani, Jenna Ellis, and Boris Epshteyn until February 1st to produce documents and scheduled a deposition for February 8. Continued Below

The letter to Ms. Powell from the Committee states in part:

The Select Committee’s investigation has revealed credible evidence that you publicly promoted claims that the 2020 election was stolen and participated in attempts to disrupt or delay the certification of the election results based on your allegations. Between mid-November 2020 and January 6, 2021 (and thereafter), you actively promoted claims of election fraud on behalf of former President Trump in litigation and public appearances.

The Select Committee seeks the evidence you relied upon in making those claims. According to public reporting, in December 2020, you urged President Trump to direct the seizure of voting machines around the country to find evidence that foreign adversaries had hacked those machines and altered the results of the election. Continued Below

Howard Kleinhenler, counsel to attorney Sidney Powell, issued a statement on Wednesday on her behalf:

During an interview last year, Ms. Powell told Dinesh D’Souza, “I firmly believe everything that I said was true. It was based on thousands of pages of affidavits, expert reports, mathematical analysis that cannot be challenged, statistically work that cannot be challenged. I mean, the data does not lie. And there was, in fact, massive, widespread fraud through this election, and Donald Trump should be president right now. If the law were applied correctly, he is”.

“I’m not backing up one inch. Everything I said about Dominion, I had a factual basis for. Any reasonable person looking at the evidence I’ve seen, would have to come to the same conclusion, and I would encourage people to go to my website: SidneyPowell.com and look at that evidence themselves,” she urged. 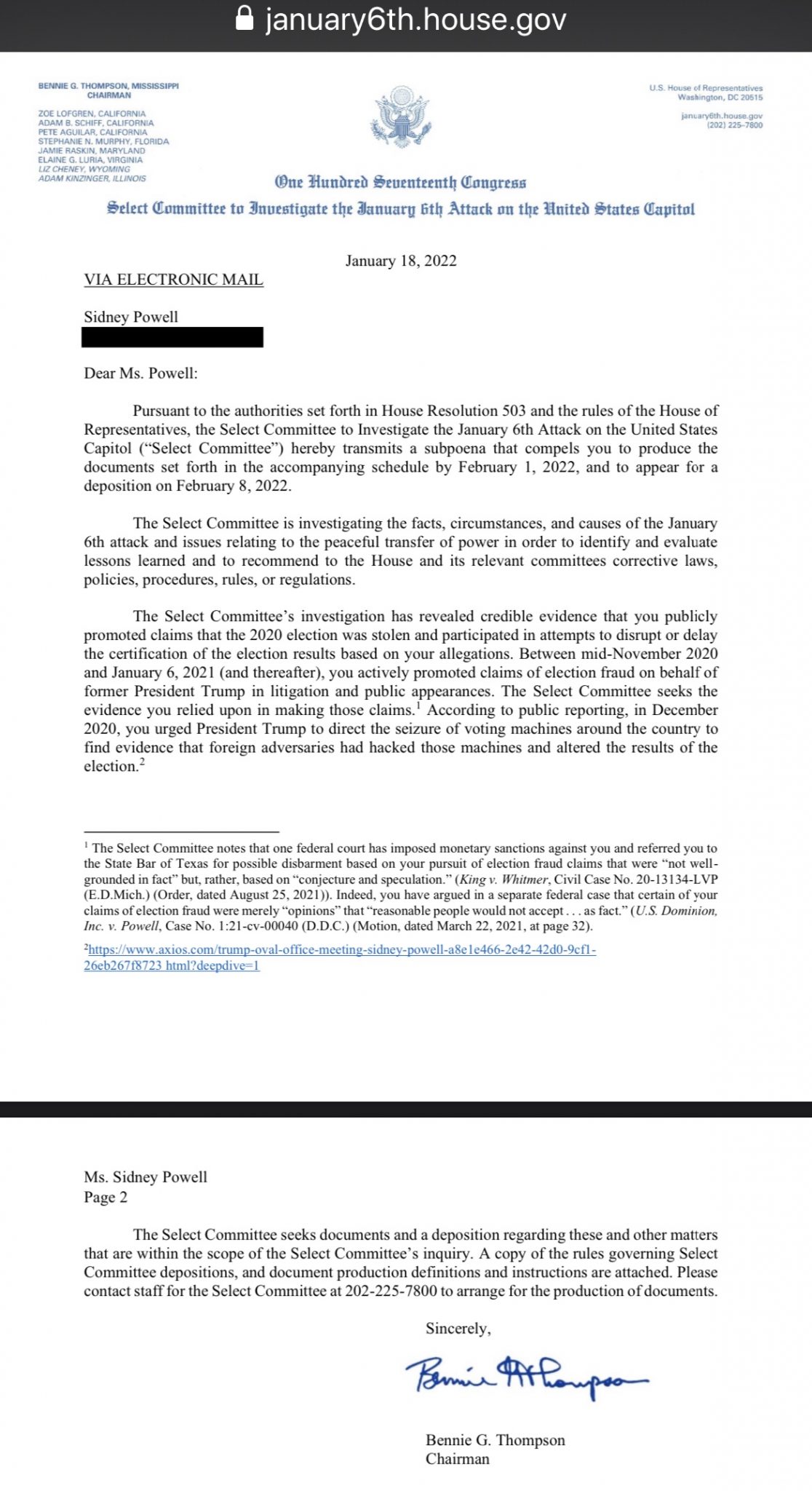 Screenshot of letter to attorney Sidney Powell via January6th.house.gov.

(Related: Sidney Powell on Alleged ‘Election Fraud’: ‘It Hadn’t Been Debunked at All’ – ‘They Refused to Look at the Evidence’)