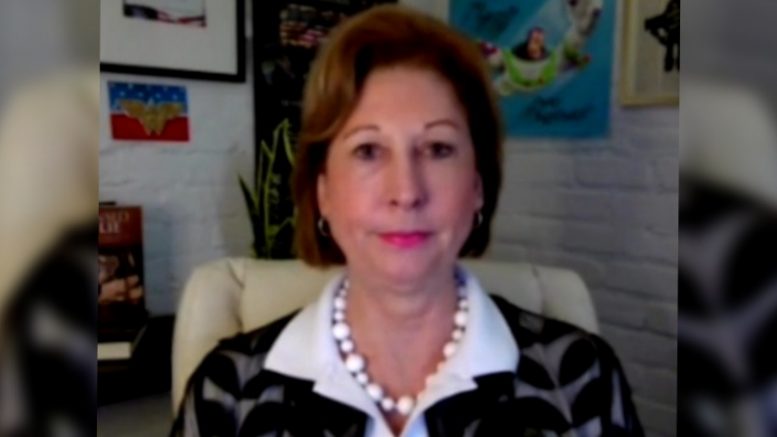 Sidney Powell and her affiliations filed a counterclaim against Dominion Voting Systems on Friday in the United States District Court in the District of Columbia.

The 54-page court filing accuses Dominion of abusing the legal process in it’s multi-billion dollar defamation lawsuit against Powell and other defendants.

The following statement was posted to Powell’s Defending the Republic website soon after the counterclaim was filed :

Today, Friday, September 24, Sidney Powell, Sidney Powell, P.C., and Defending the Republic, Inc., filed a counterclaim against Dominion Voting Systems, alleging it abused the legal process in its lawsuit against the Powell Defendants.

Through this counterclaim, Powell argues that Dominion brought this case against her, her law firm, and Defending the Republic, Inc. (the nonprofit of which she is the President and Founder), to punish her for speaking out, to smear her reputation and impair her credibility, to deflect public attention from the truth of the fraud in the election, and to punish her for drawing attention to the vulnerabilities in Dominion’s machines and software.

Specifically, the complaint highlights ways in which Dominion set out to silence its critics, stop any negative discussion of the company, and conceal damaging facts regarding Dominion’s own patents and instruction manual. As explained through the counterclaim, these documents expressly provide for remote access to real-time election results; remote access to adjudicate votes or to flip votes; deletion of audit logs and votes; and other vulnerabilities, which are features within the Dominion machines.

Powell’s counterclaim asserts that in an effort to avoid having these underlying facts surface in the public dialogue, Dominion developed a public relations strategy through litigation. As a part of its “lawfare” campaign, Dominion filed billion-dollar-plus lawsuits against separate defendants at critical and strategically planned times. It also sent over 150 cease and desist preservation letters to those who criticized Dominion in any way, including witnesses, experts, and even clients of Sidney Powell, P.C. Dominion’s goal was simple: silence the negative press, change the public narrative to its $1.3 billion assault against Sidney Powell, and conceal the truth of the vulnerabilities of the Dominion machine fraud in the election.

Powell comments, “The filing today demonstrates the great lengths Dominion went to suppress the truth, intimidate those who spoke out against the company, and quash free speech. I am continuing to stand by my belief that the results of the 2020 election were rife with fraud through the electronic voting systems, and the truth will come out.”

You can view the official 54-page court filing by CLICKING HERE: Sidney Powell Court Filing Against Dominion Video Below

Skateboarder From Joe Biden’s Hometown Shares Why He’s On The Trump Train: “I Just Appreciate His Honesty”