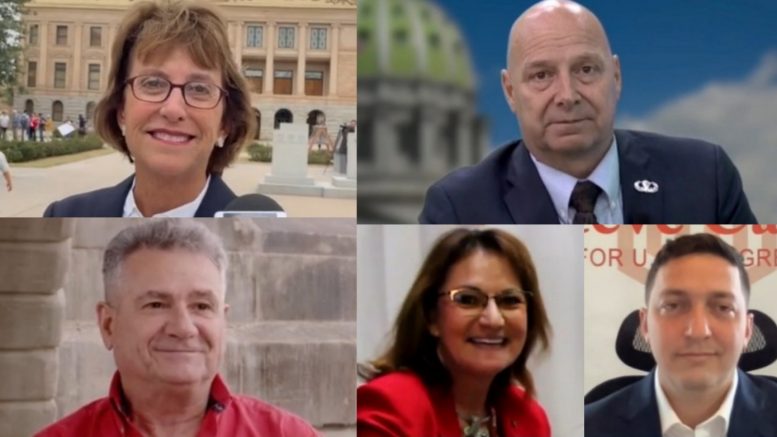 41 legislators from 15 states — including Pennsylvania, Arizona, Michigan, Florida and Wisconsin — authorized a letter on Friday calling for all 50 U.S. states to be audited, and electors to be decertified “where it has been shown the elections were certified prematurely and inaccurately.”

The letter, which was originally posted to social media by Arizona State Senator Wendy Rogers, also calls for the US House of Representatives “to convene and vote per the US Constitution by means of one vote per state to decide the rightful winner of the [2020] election in accordance with the constitutional process of choosing electors.”

The move from various state legislators came just hours after the highly anticipated Maricopa County audit report was released to the public, which declared that there were “too many discrepancies to declare an outright winner of Arizona’s electoral votes.”

Here is a copy of the full letter posted by Sen. Rogers , and a list of names of the 41 state lawmakers who have pulled together to support the measures laid out in it, as posted by Sen. Wendy Rogers: 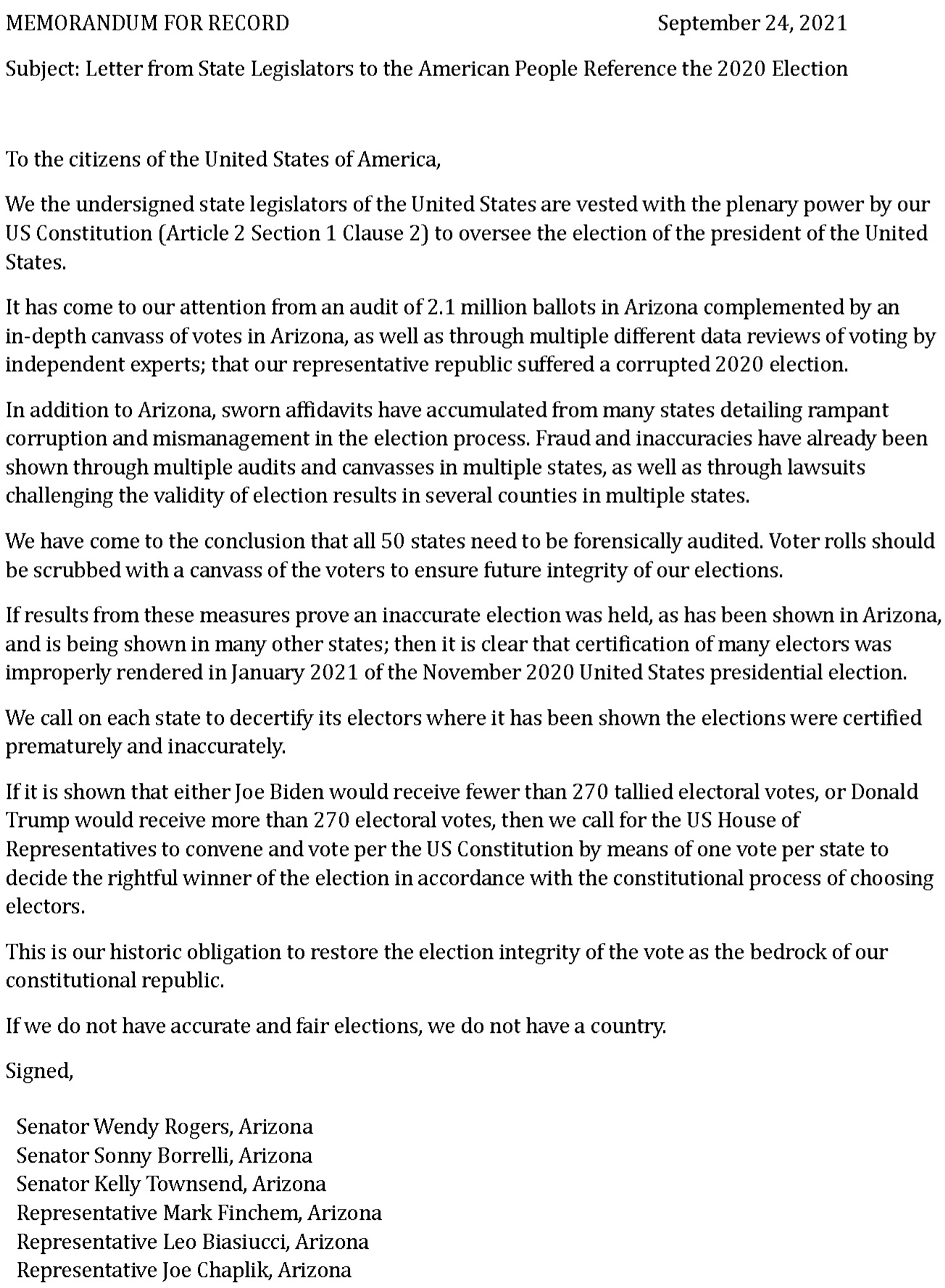 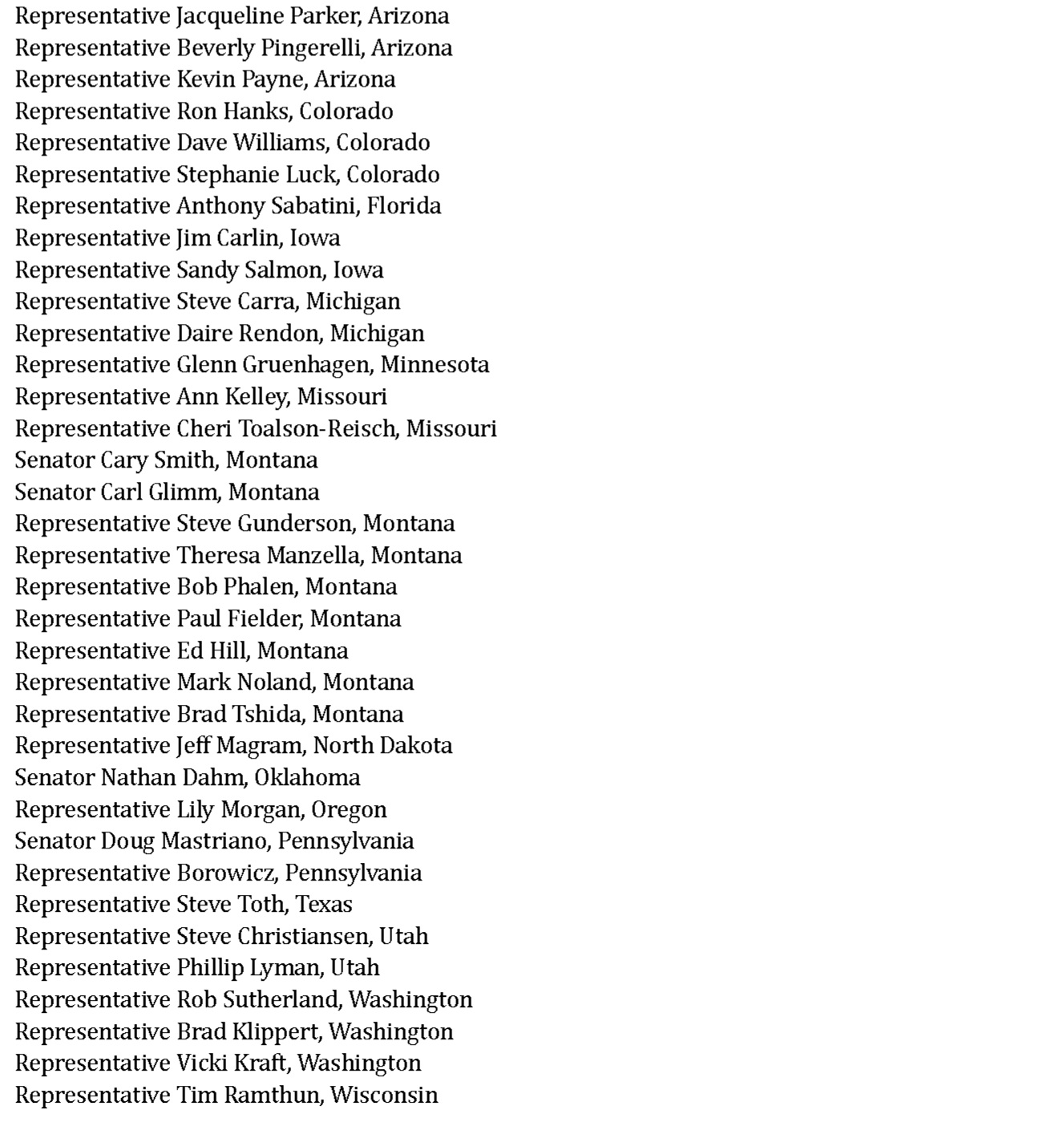